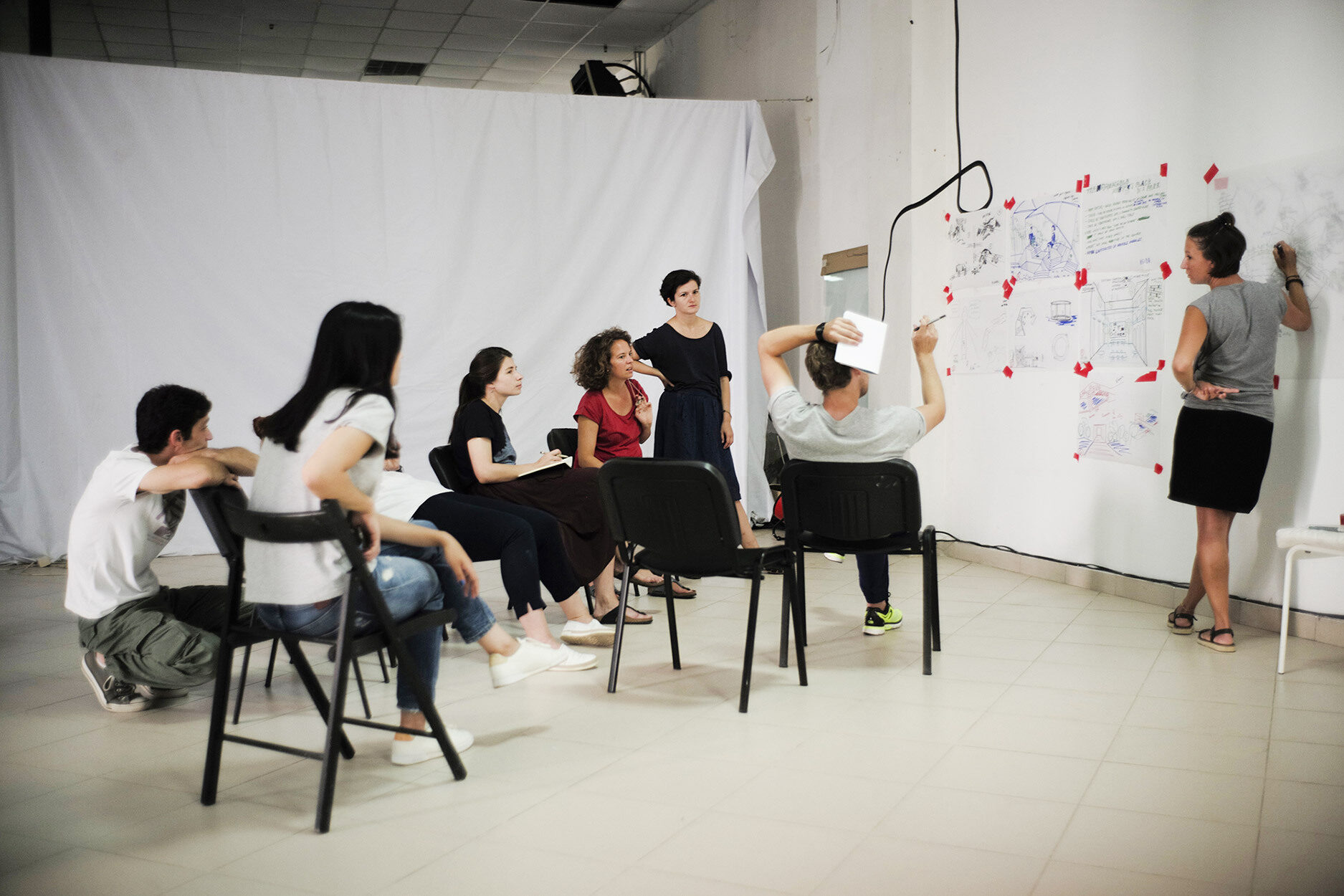 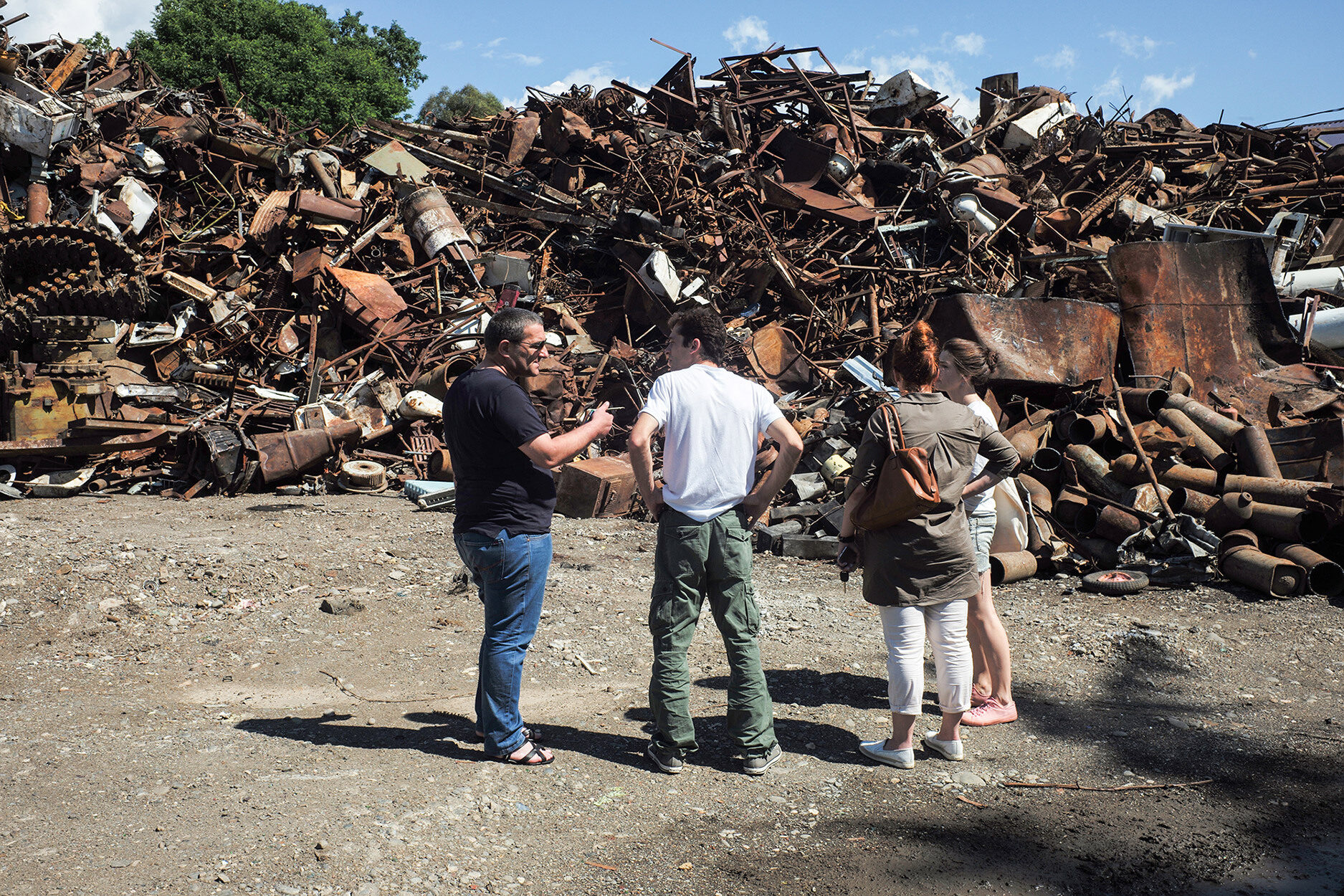 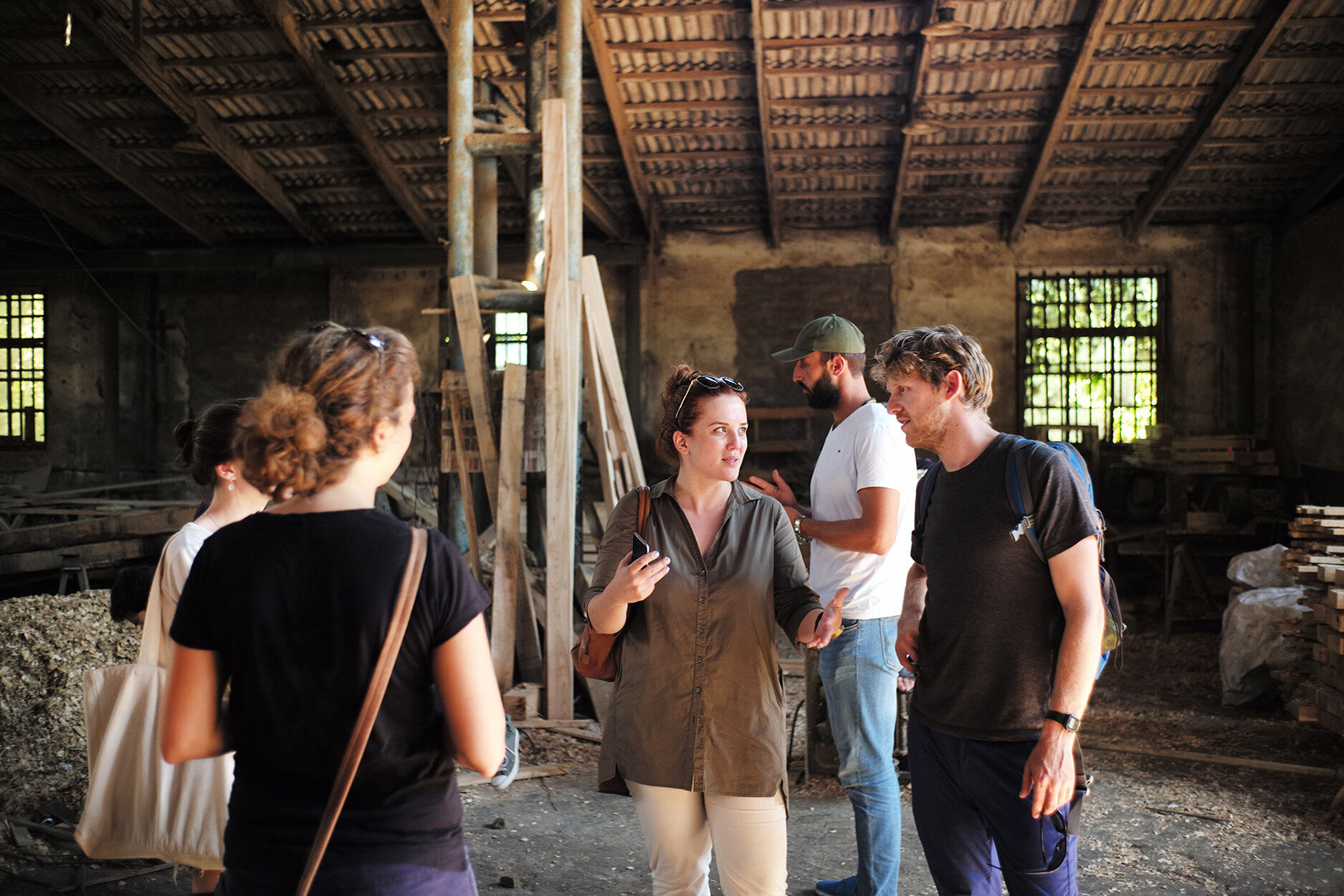 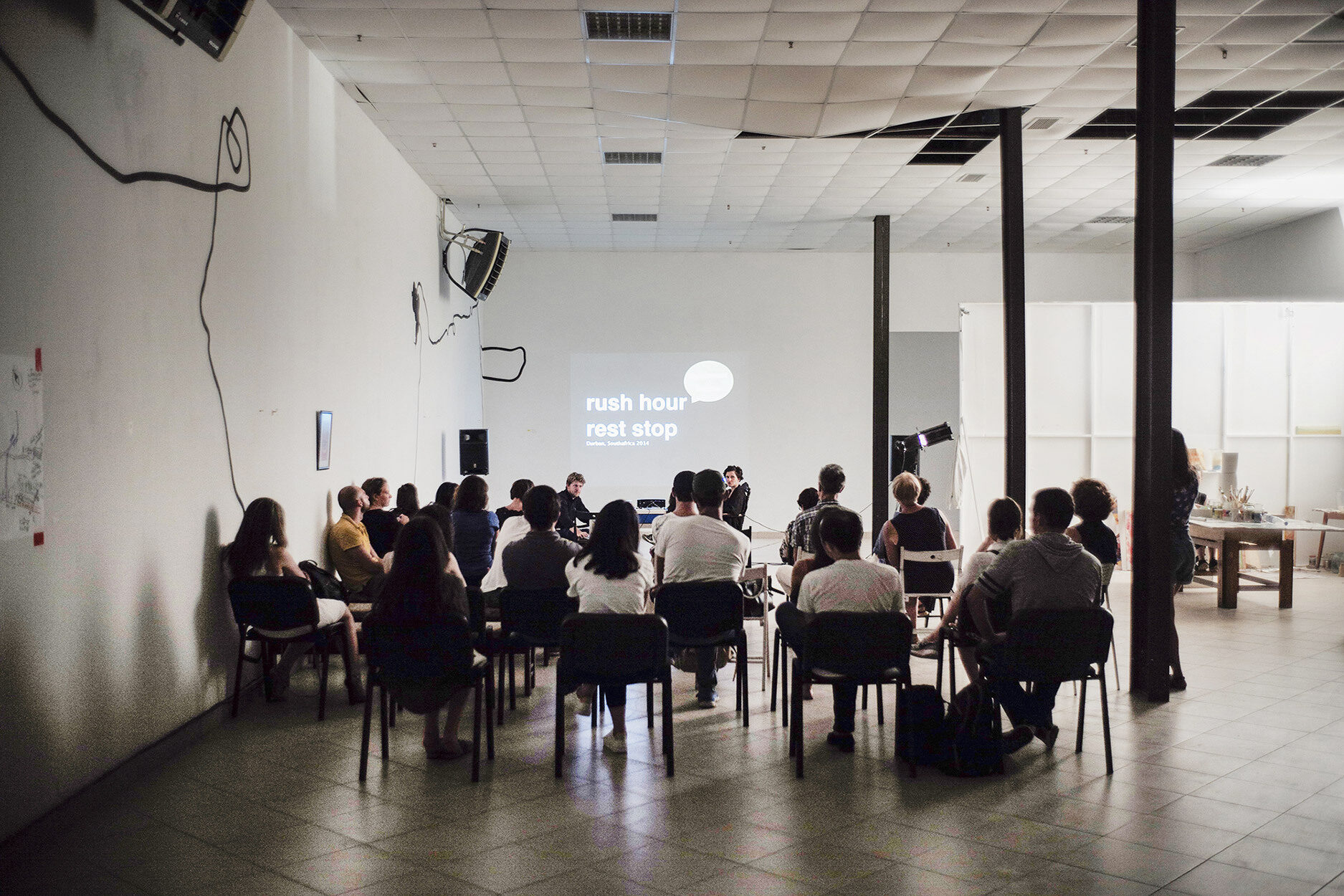 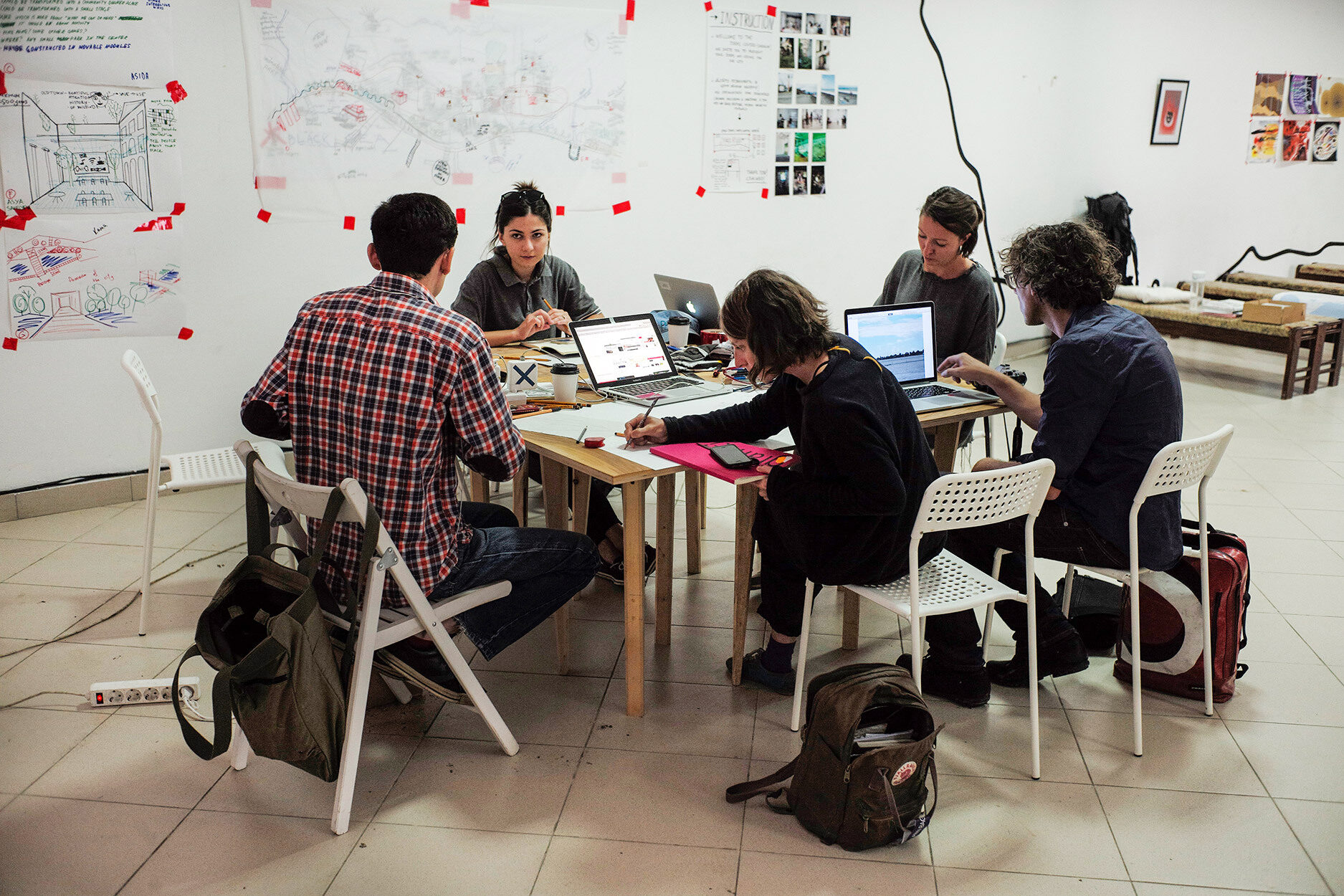 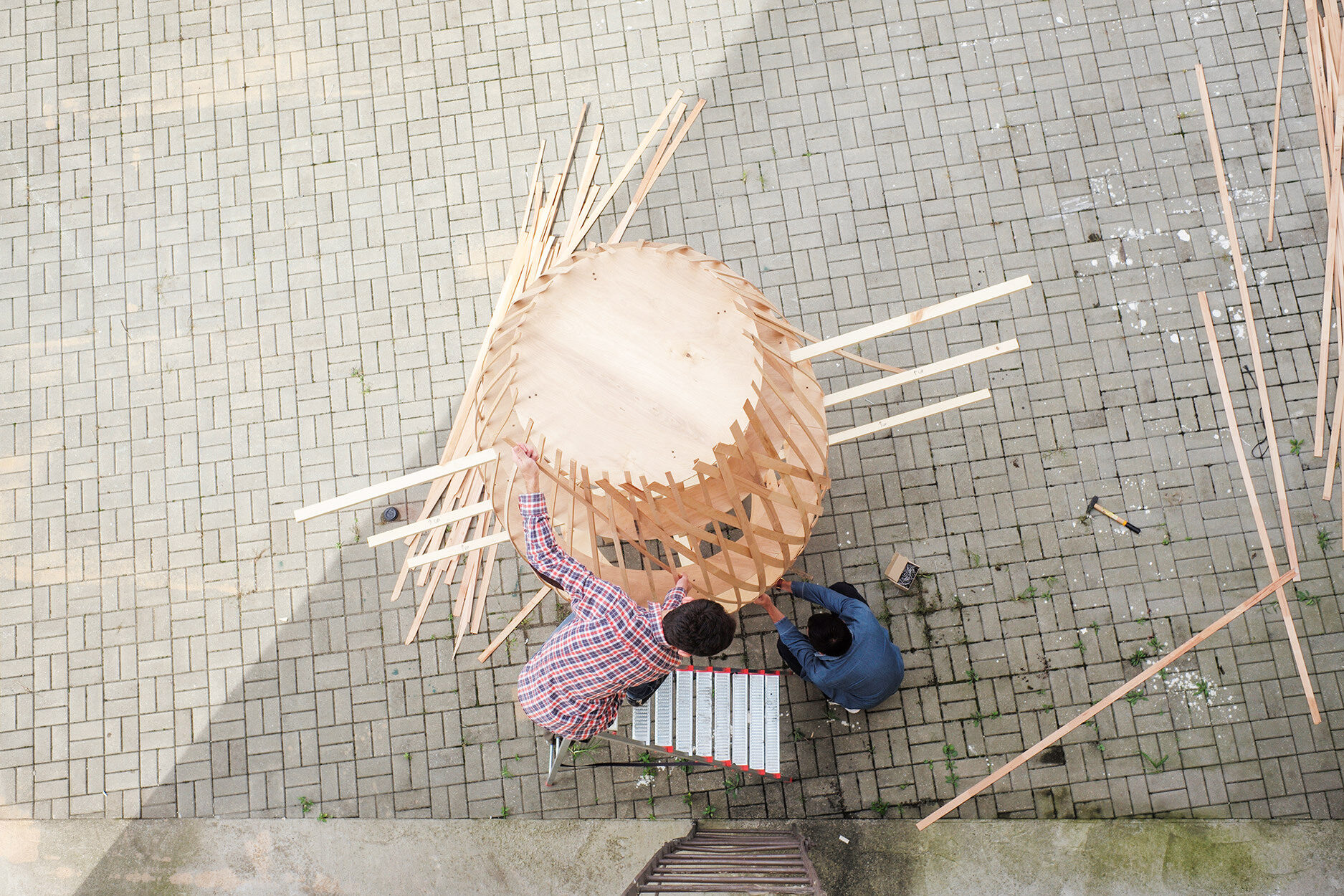 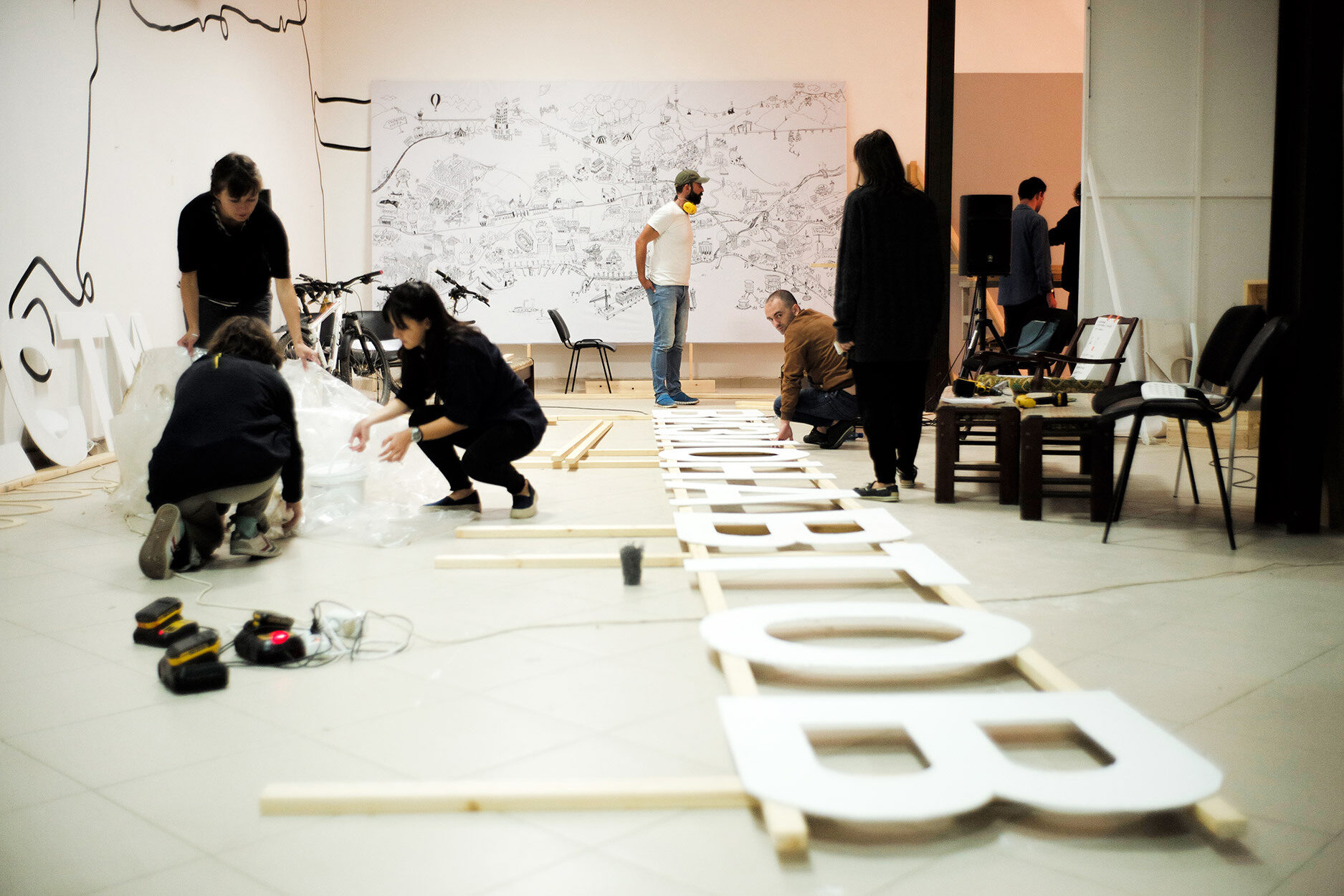 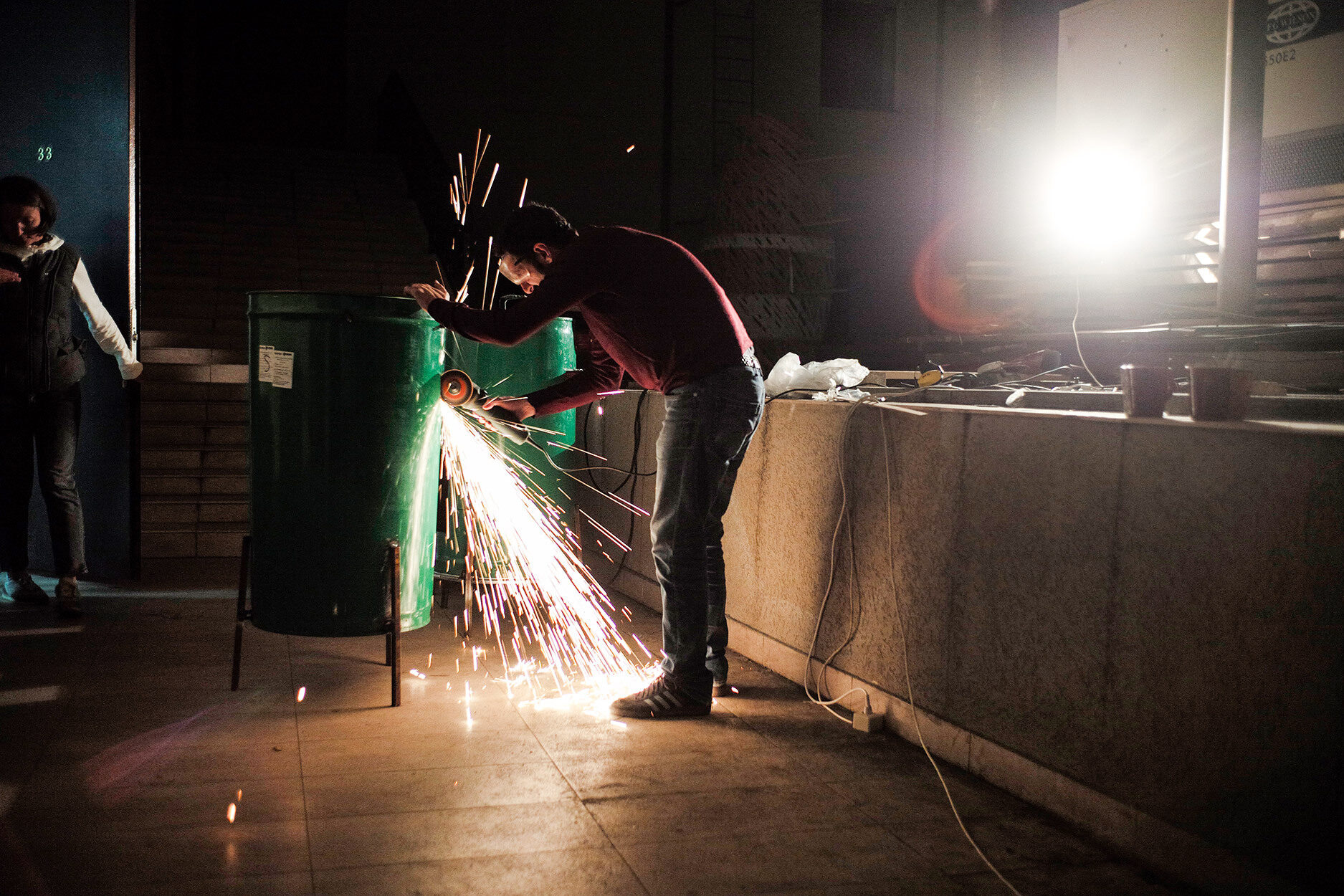 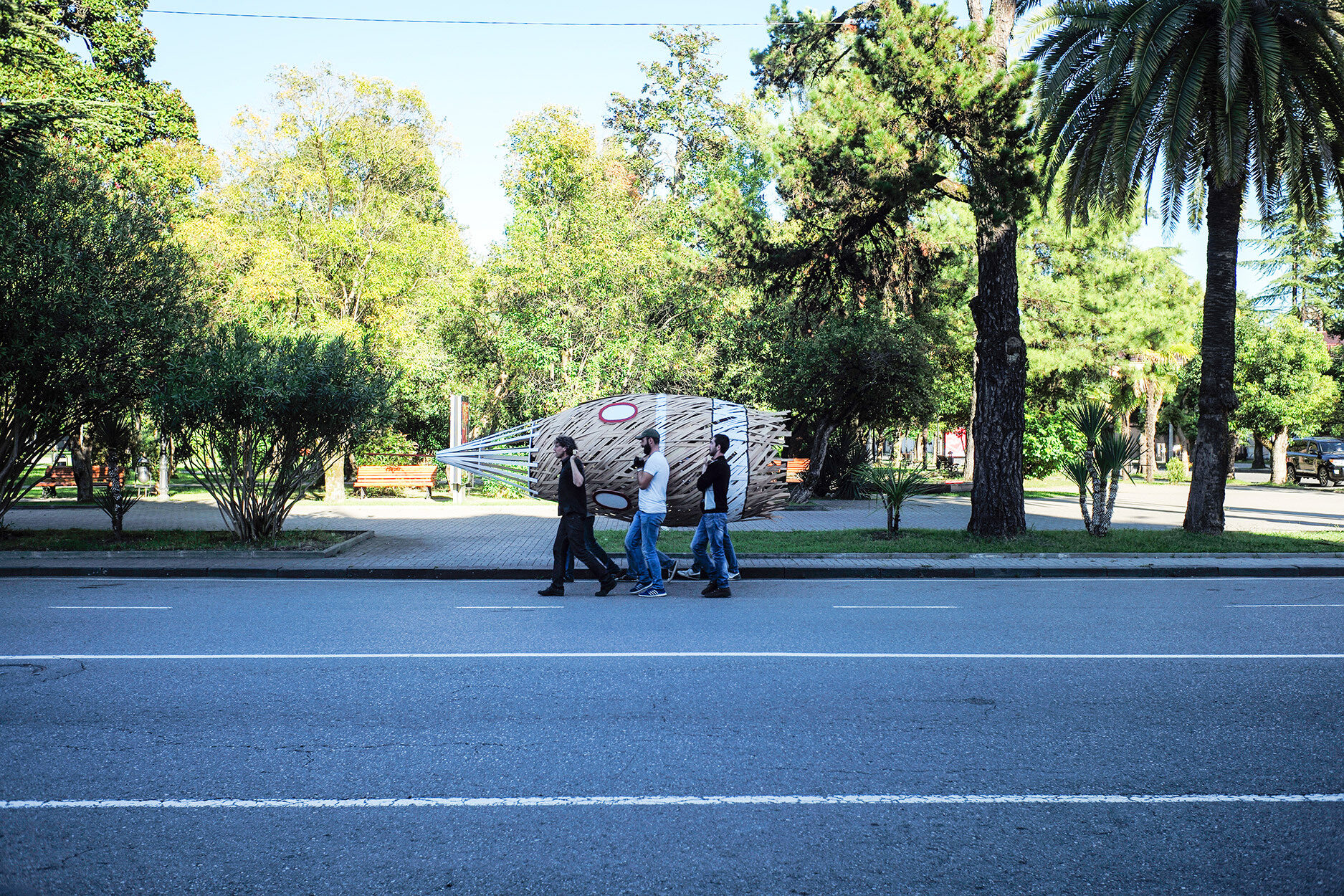 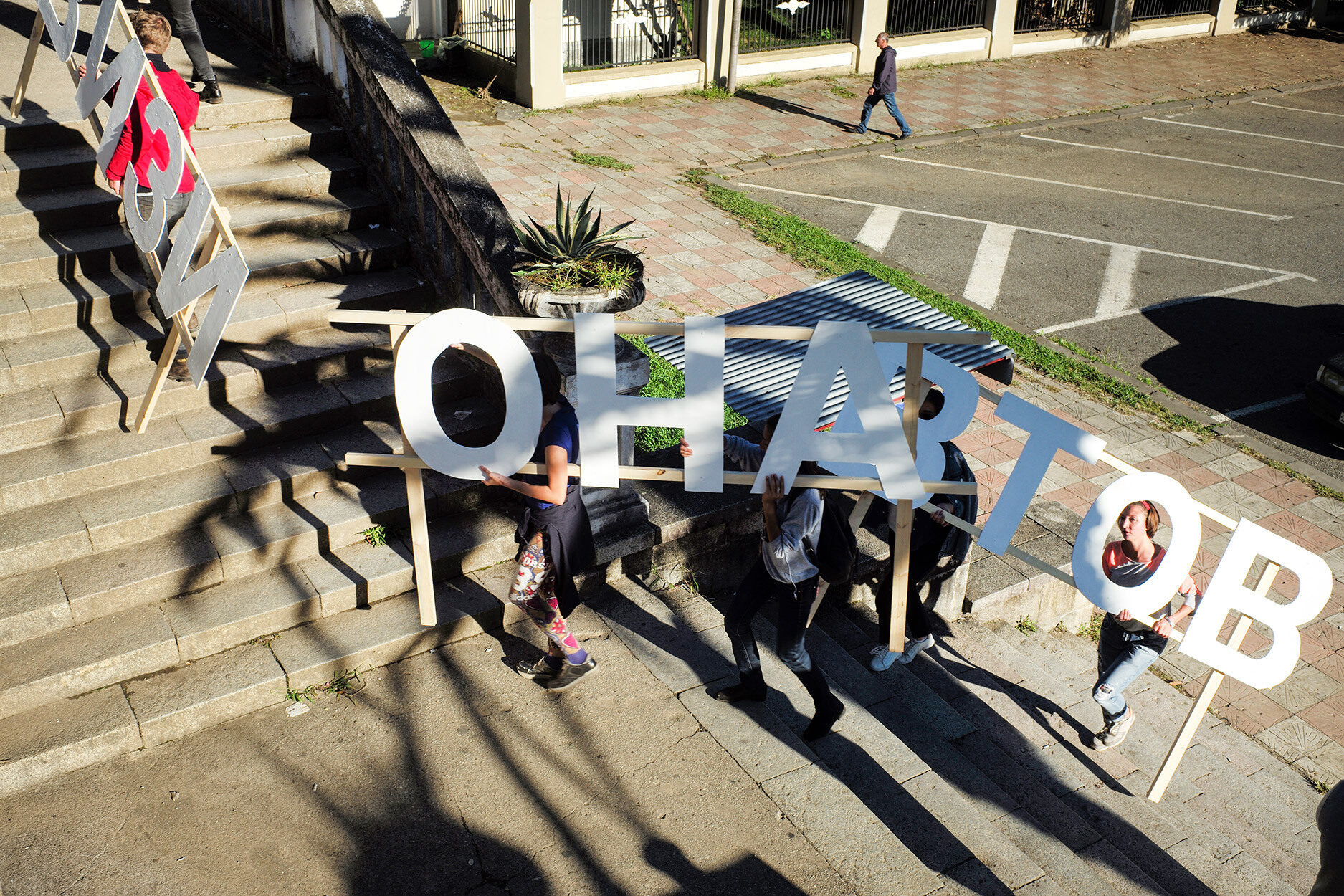 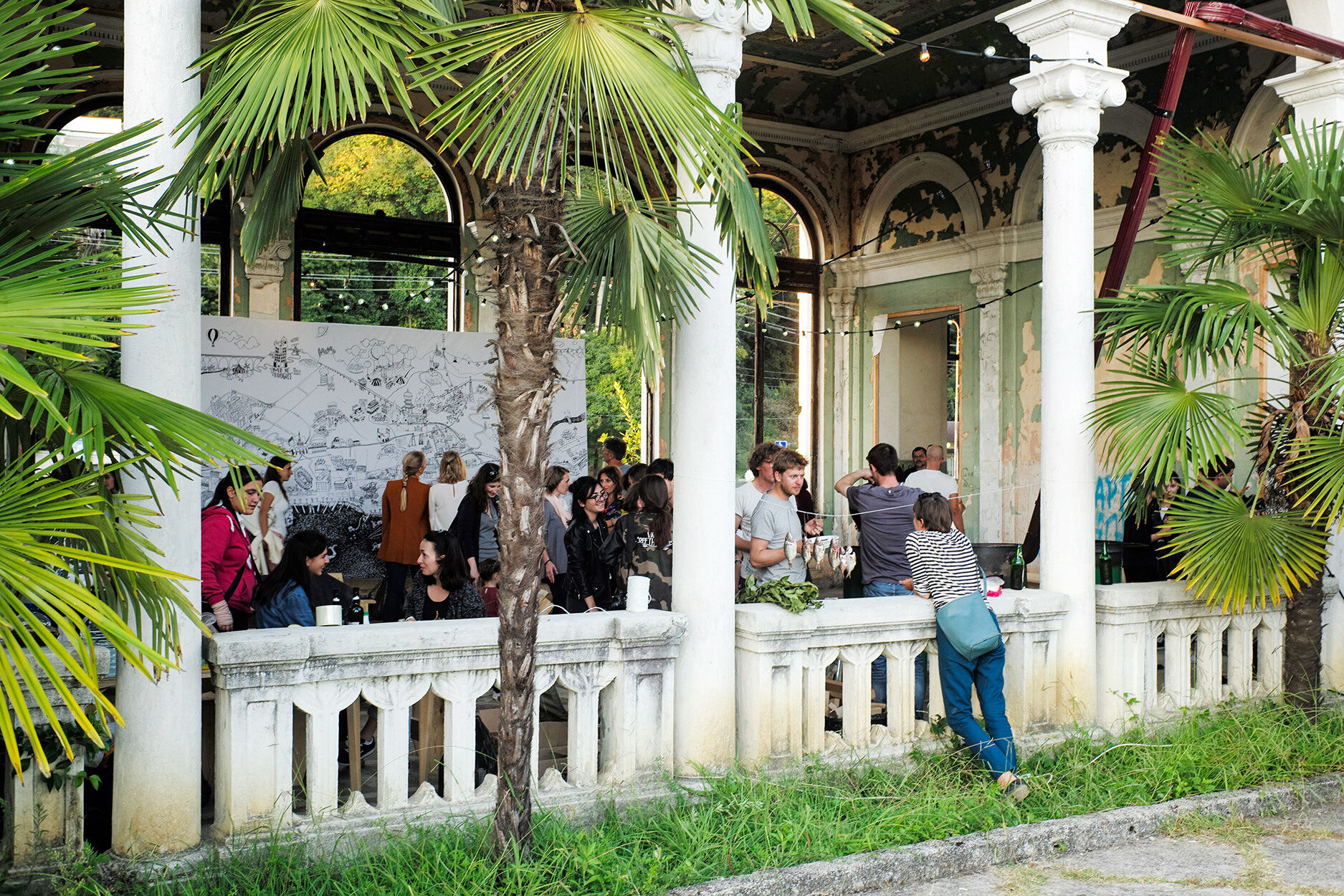 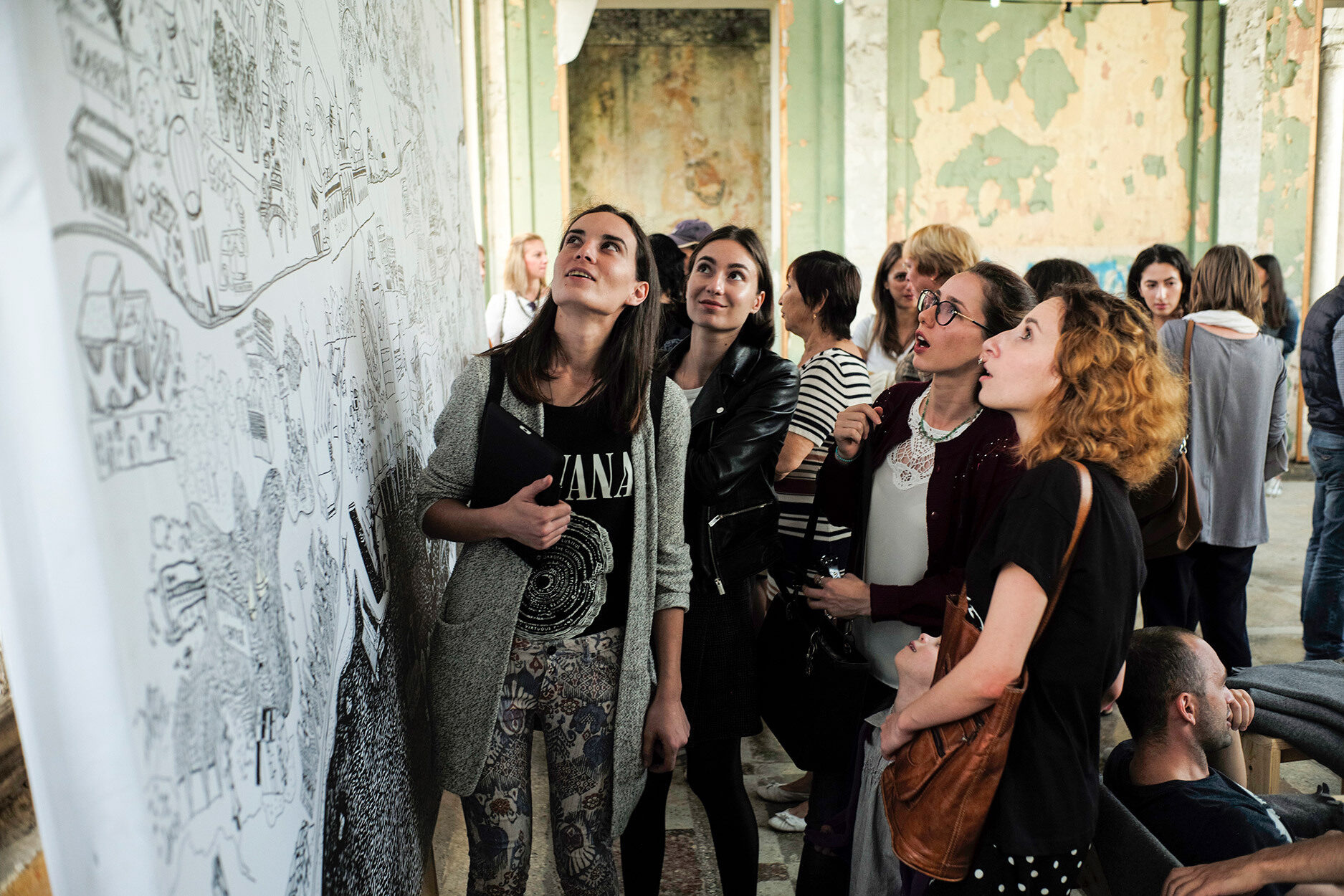 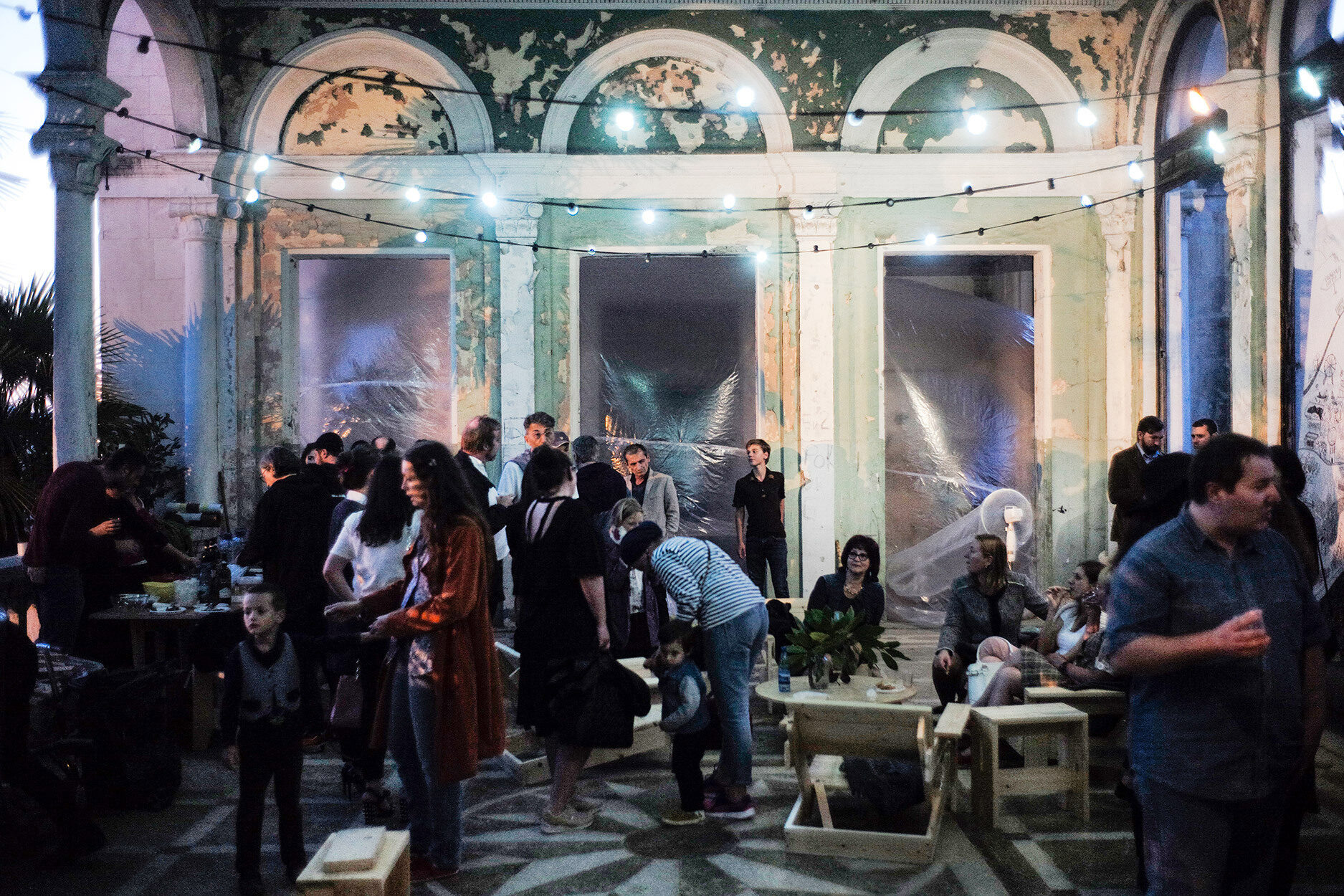 Conversation Pieces is a cooperative project between artasfoundation, the SKLAD cultural centre in Sukhum/i (the capital of the internationally by most countries not recognised Abkhazia¹) and the Berlin architects’ collective raumlabor, lasting several months. After organising exhibition projects, regular film evenings and several discussion events in the cultural centre, which has been in existence since October 2015, the curators of SKLAD decided together with artasfoundation to make the topic of public space the focus of the next cooperation project (see also Curator’s initiative).

The public urban space in Sukhum/i shows numerous traces of the war, there are abandoned, unused and underappreciated places in central areas, but also architects, activists and creative artists who want to shape their city. A cooperation with the Berlin raumlabor, which is active in cities all over the world and concerned with the space between urban buildings and with the habits and needs of residents, gave new energy to this and allowed new ideas to emerge.

The cooperation started with an online exchange about everyday life in the two so very different cities of Sukhum/i and Berlin. Afterwards the raumlabor architect Marius Busch travelled together with artasfoundation to Sukhum/i for a research week. Architects and activists of SKLAD organised guided tours of the city and visits to various craft businesses in order to give visitors an overview of the topics that are important for the city. Ideas for the redesigning or conversion of interesting places were developed together. A few weeks later, three architects from raumlabor, Benjamin Förster-Baldenius, Marius Busch and Claire Mothais, arrived and an intensive work and construction phase began: the intention was that not only ideas, but also temporary architecture would result and give concrete structural impulses.

The subsequent work is marked by future visions for the city of Sukhum/i. Symbols and furnishings were built for an Institute of Visionaries, which opened its doors at the beginning of October for a few days in the abandoned Guma railway station (formerly Baratashvili) and invited broad public participation to reflect on visions. In addition to the symbolic inscription of the building and the Sklad 2020 rocket, a large city map was installed, on which the raumlabor architects drew the visions of passers-by, as well as a mobile kitchen and a ping-pong table, all of which invited everyone to communicate and share the centrally located, beautiful and yet often unused and deserted station.

Conversation Pieces lived up to its title, bringing participants together to discuss and develop visions for Sukhum/i. And it demonstrated to all participants how much a group of people could build together by hand in a short time. In order to leave a lasting impression in the city centre of Sukhum/i, the SKLAD architecture group continues to pursue its vision, and organises a winter programme with lectures and film evening, and remains in dialogue with raumlabor.