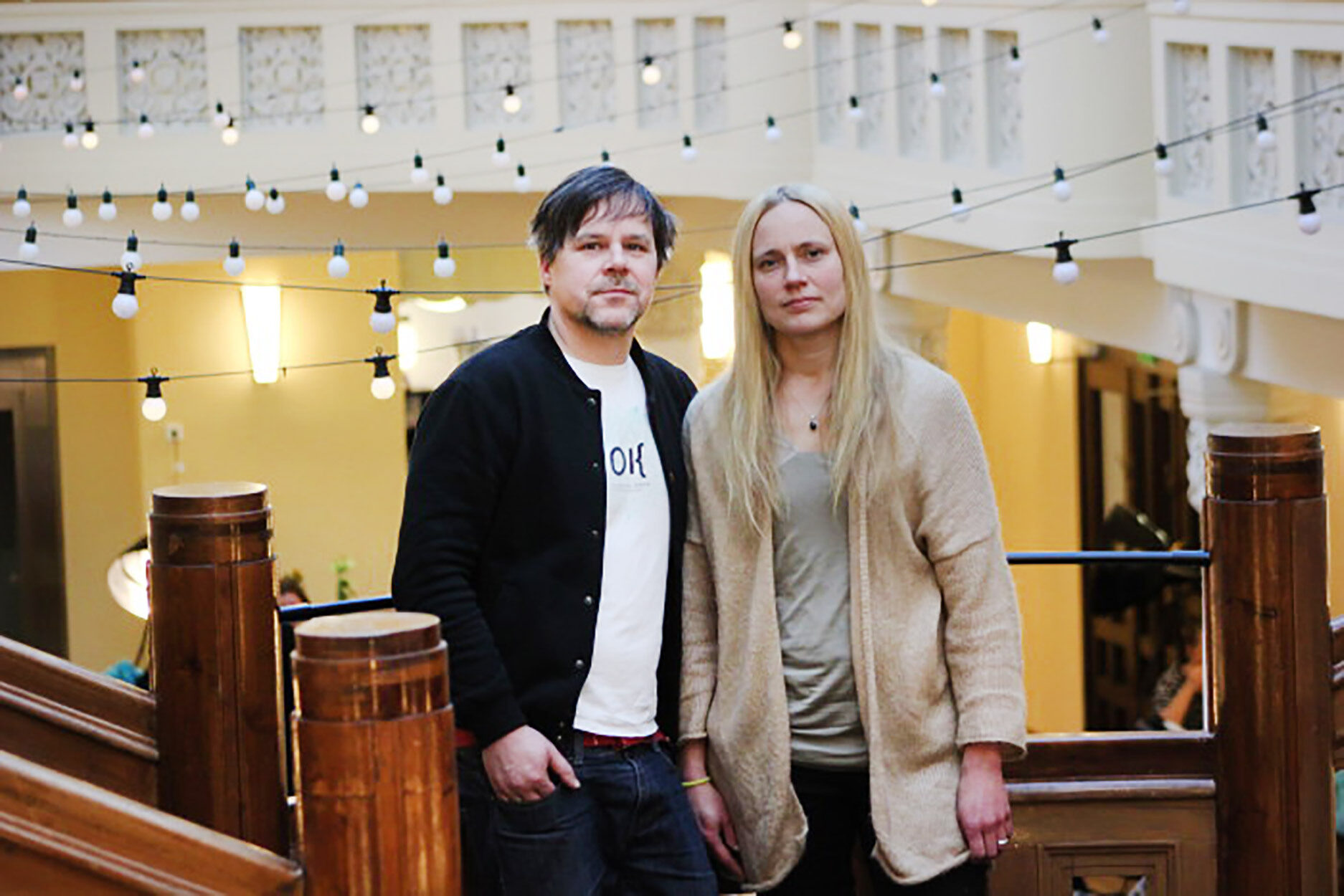 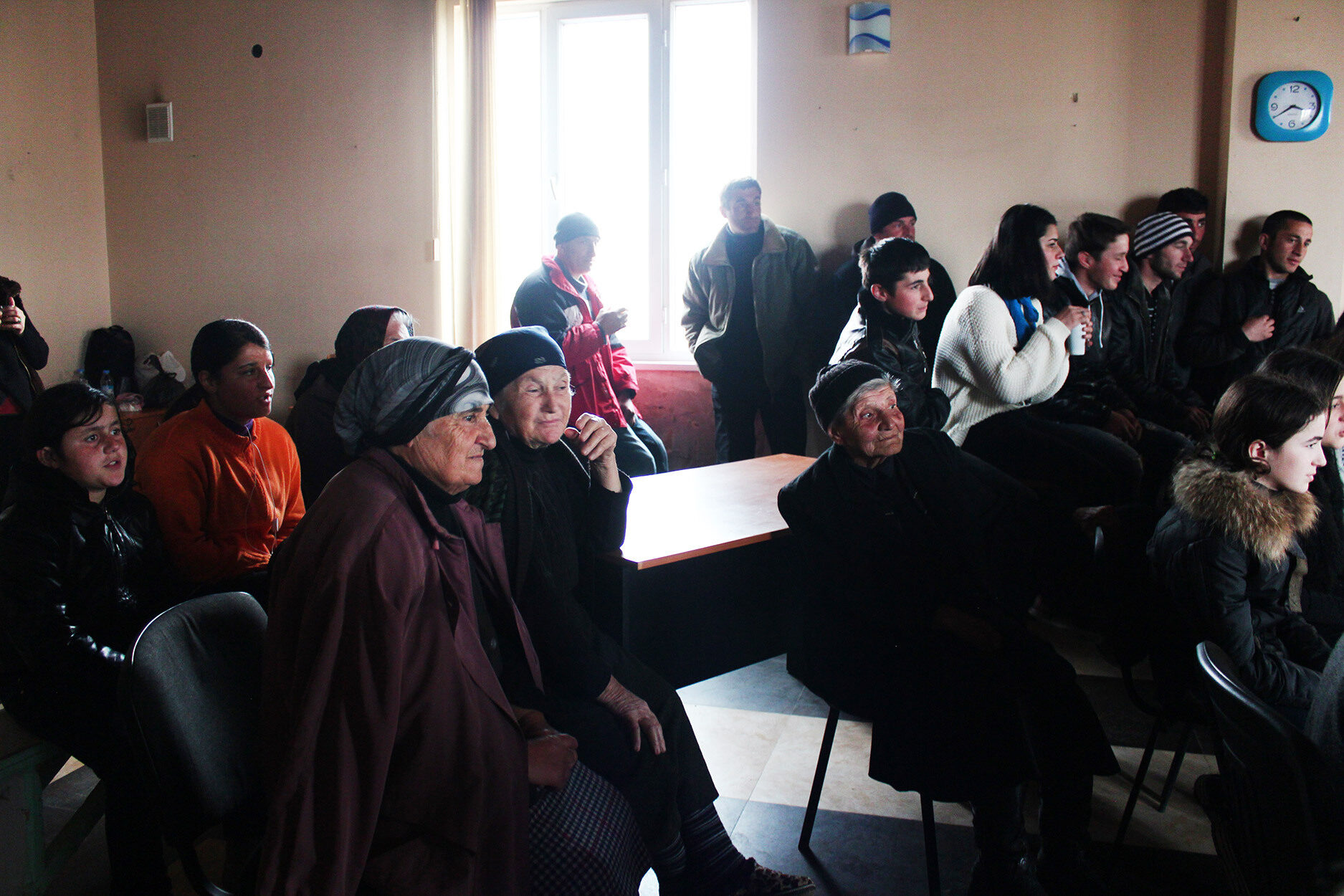 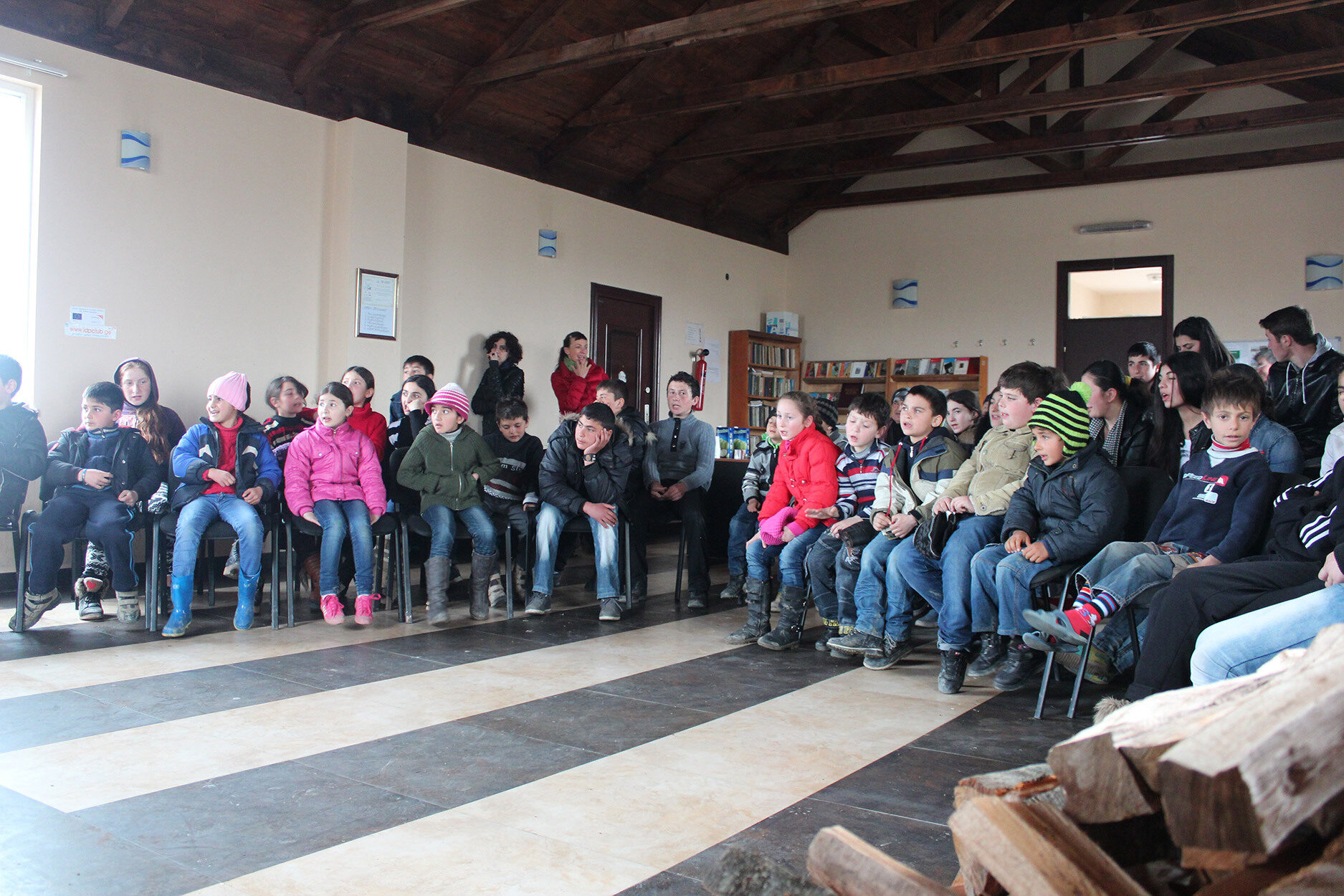 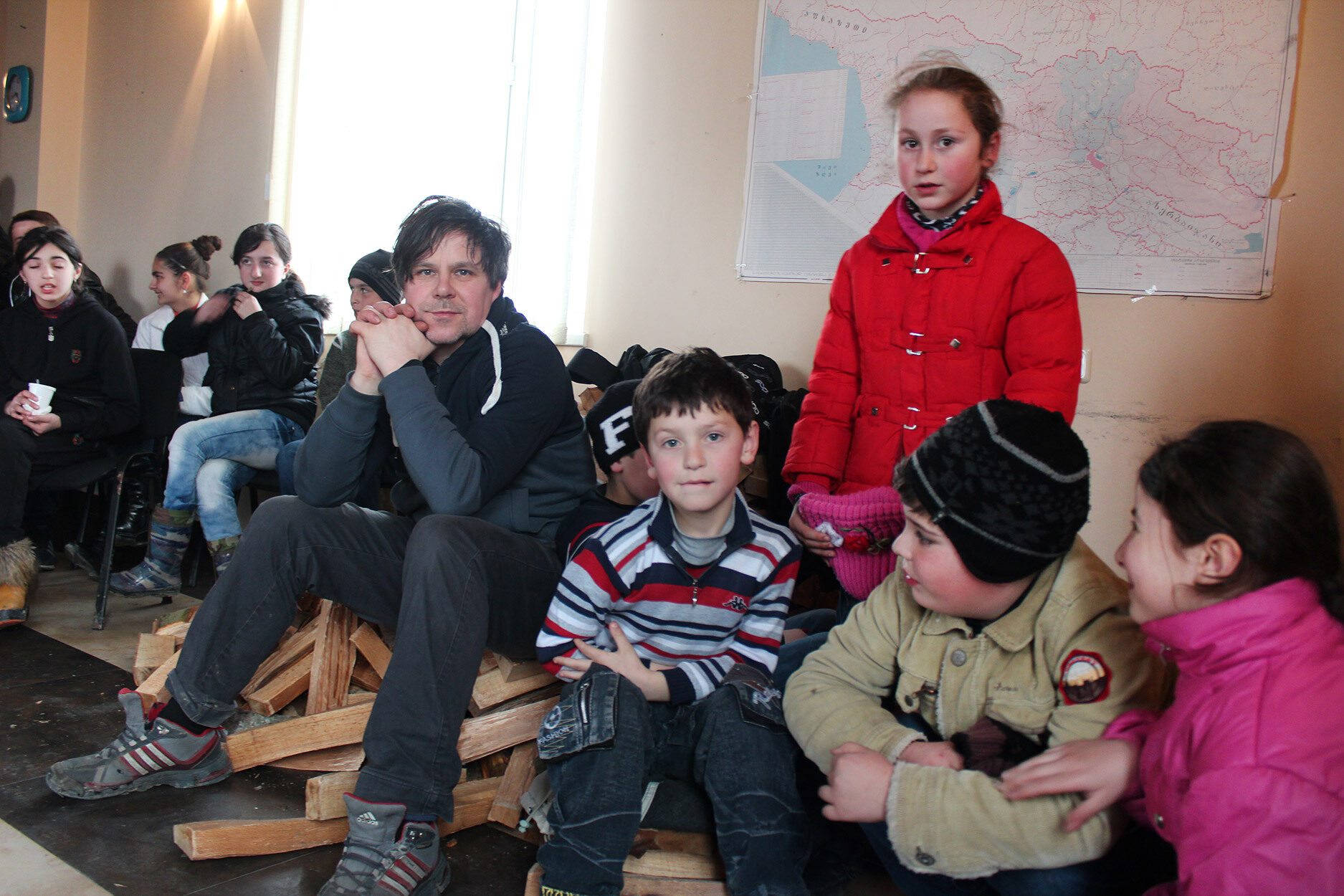 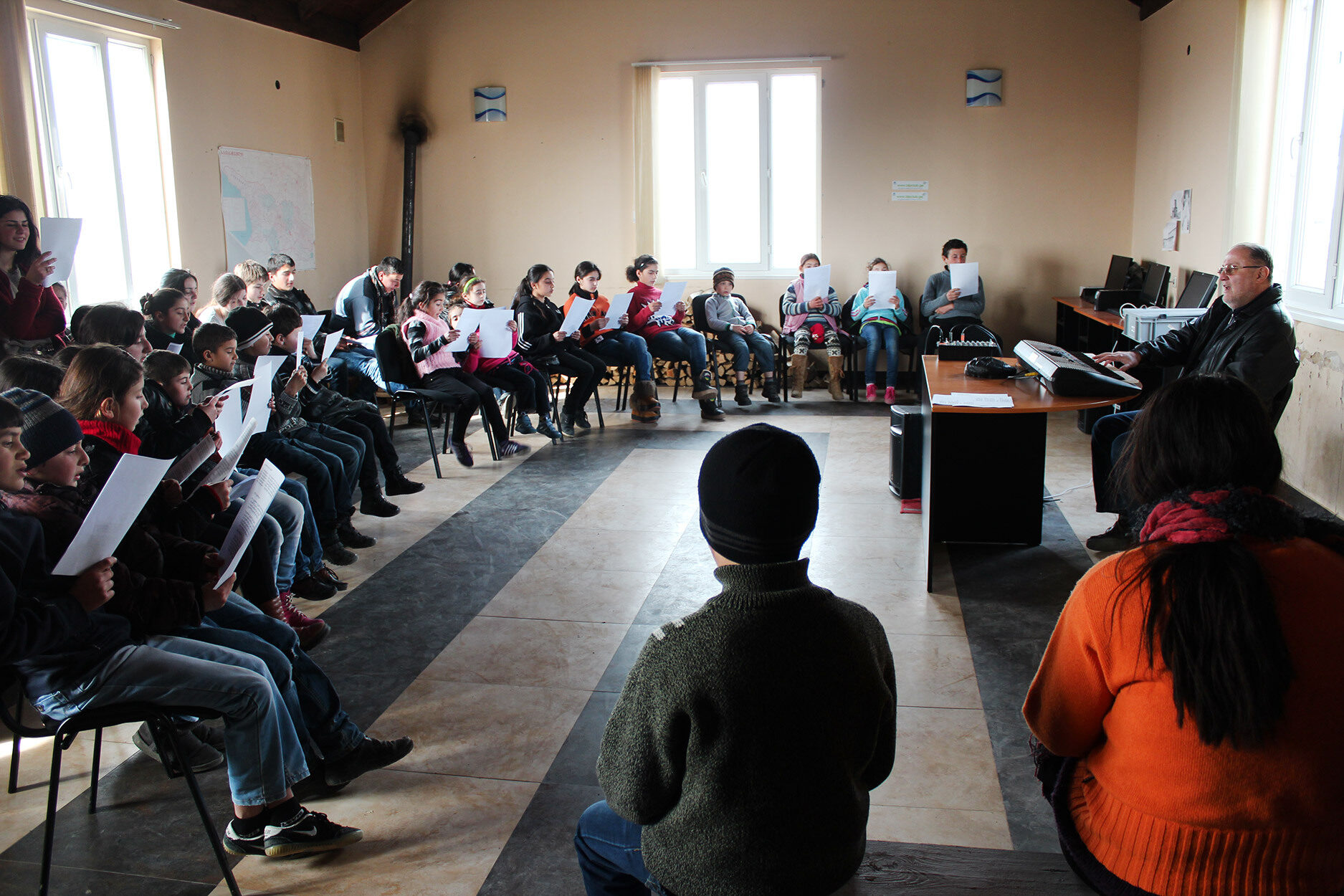 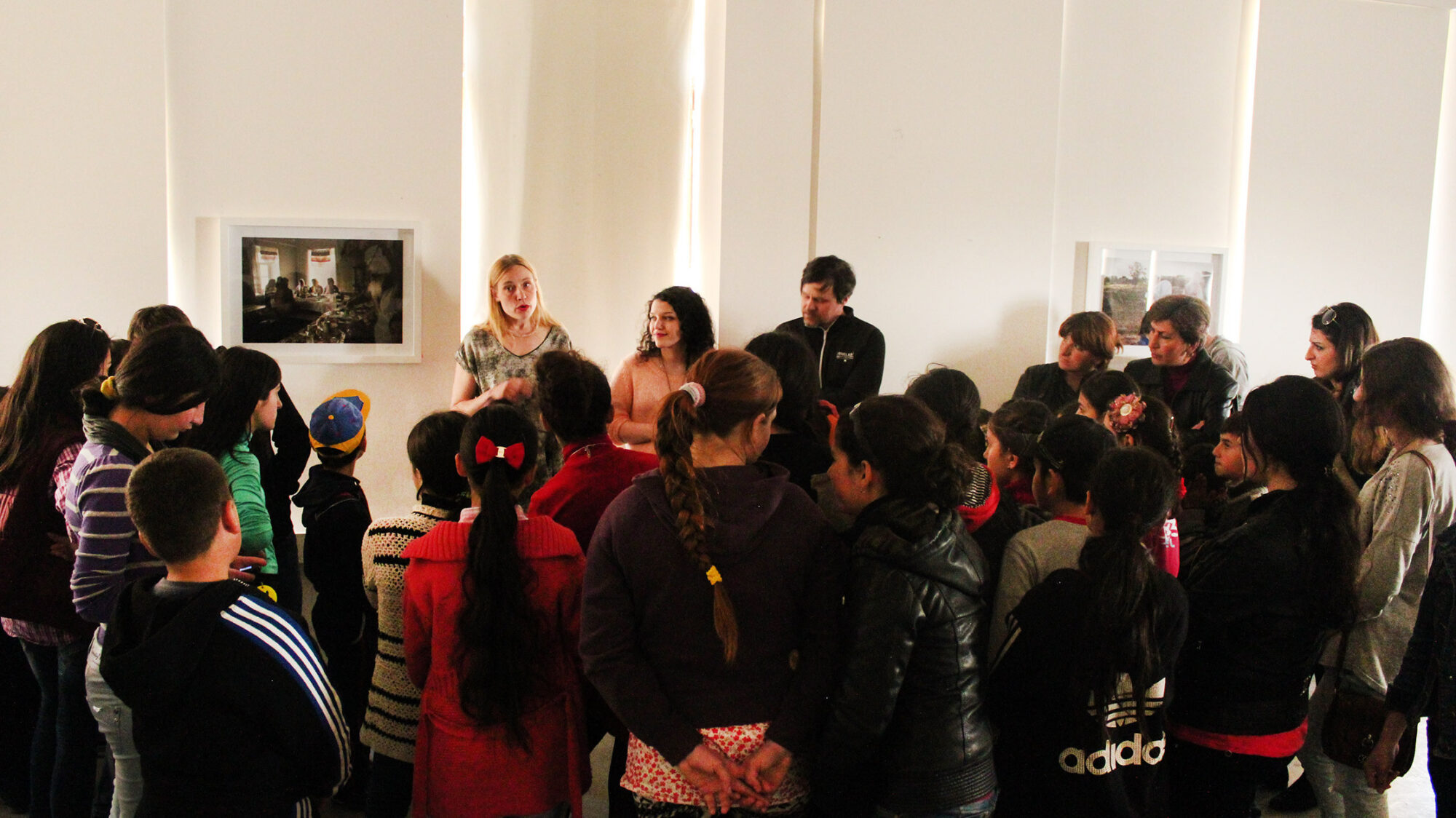 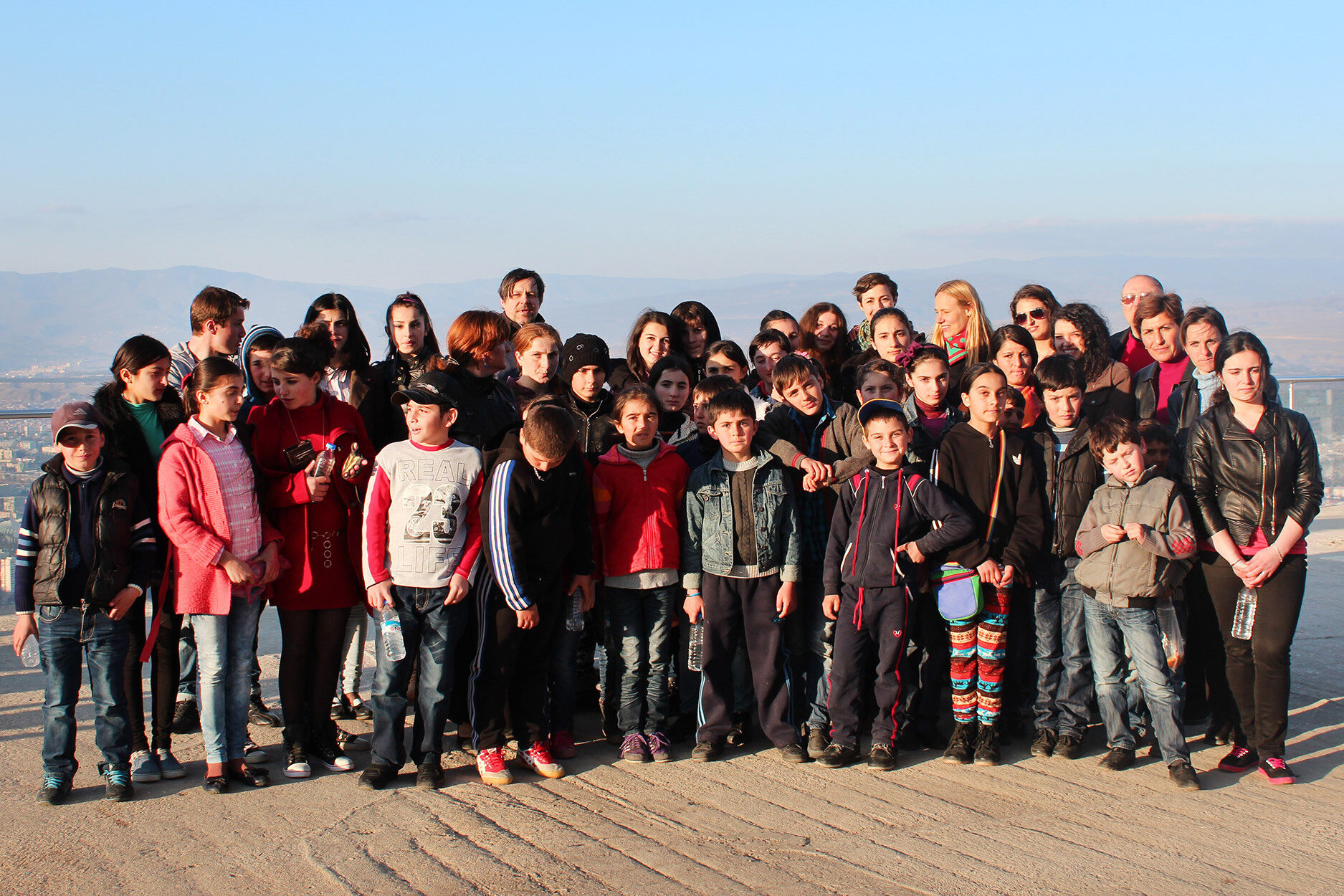 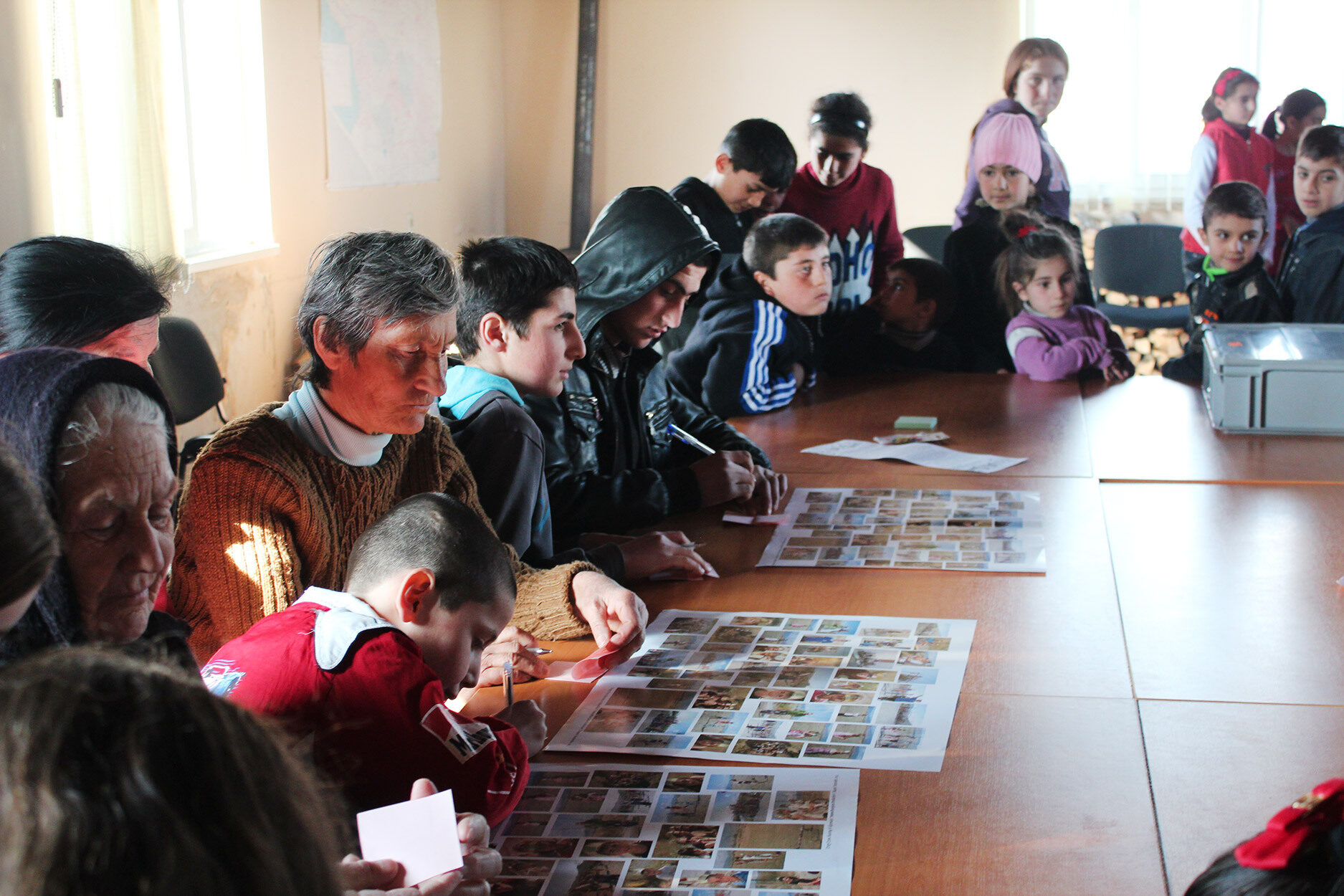 From 23. February to 23. March 2014 artasfoundation realised a singing project in Georgia. The Finnish artist couple Tellervo Kalleinen and Oliver Kochta created a Complaints Choir together with young people from the Georgian refugee settlements of Khurvaleti and Shavshvebi.

The Complaints Choir offered an opportunity for meetings and discussions for the residents of these settlements, people who had to leave their homes in the 2008 war between Georgia and South Ossetia/Russia and who were torn from their social context. Instead of a one-sided portrayal of them as victims, here they could make their presence felt through their creative abilities. Through this the project gave a voice and audience in public space to a population group that is often seen as only being ‘administered’ to.

Residents from the refugee settlements of Khurvaleti and Shavshvebi, near the provincial capital Gori, were invited to participate in the Complaints Choir. Contrary to our hope that adults, especially young women with children would join the choir, the main participants were actually young people.

The Complaints Choir format was invented by Tellervo Kalleinen and Oliver Kochta and has already been implemented in numerous cities around the world but never by people in a refugee settlement. In the first step, around 35 of them formulated their complaints, often very elementary inadequacies involving their school or life situations. Using this material, they worked with a local musician/composer to create a new complaints song, which they then rehearsed together. The rehearsals took place in their settlements, always accompanied by Tellervo Kalleinen, Oliver Kochta and many members of the young people’s families. Then came the public performances of the song: the Complaints Choir performed its concerns in the corresponding settlements and also in public places in Gori and Tbilisi: It gave expression to serious demands, and demonstrates people’s strength to stand up for themselves.