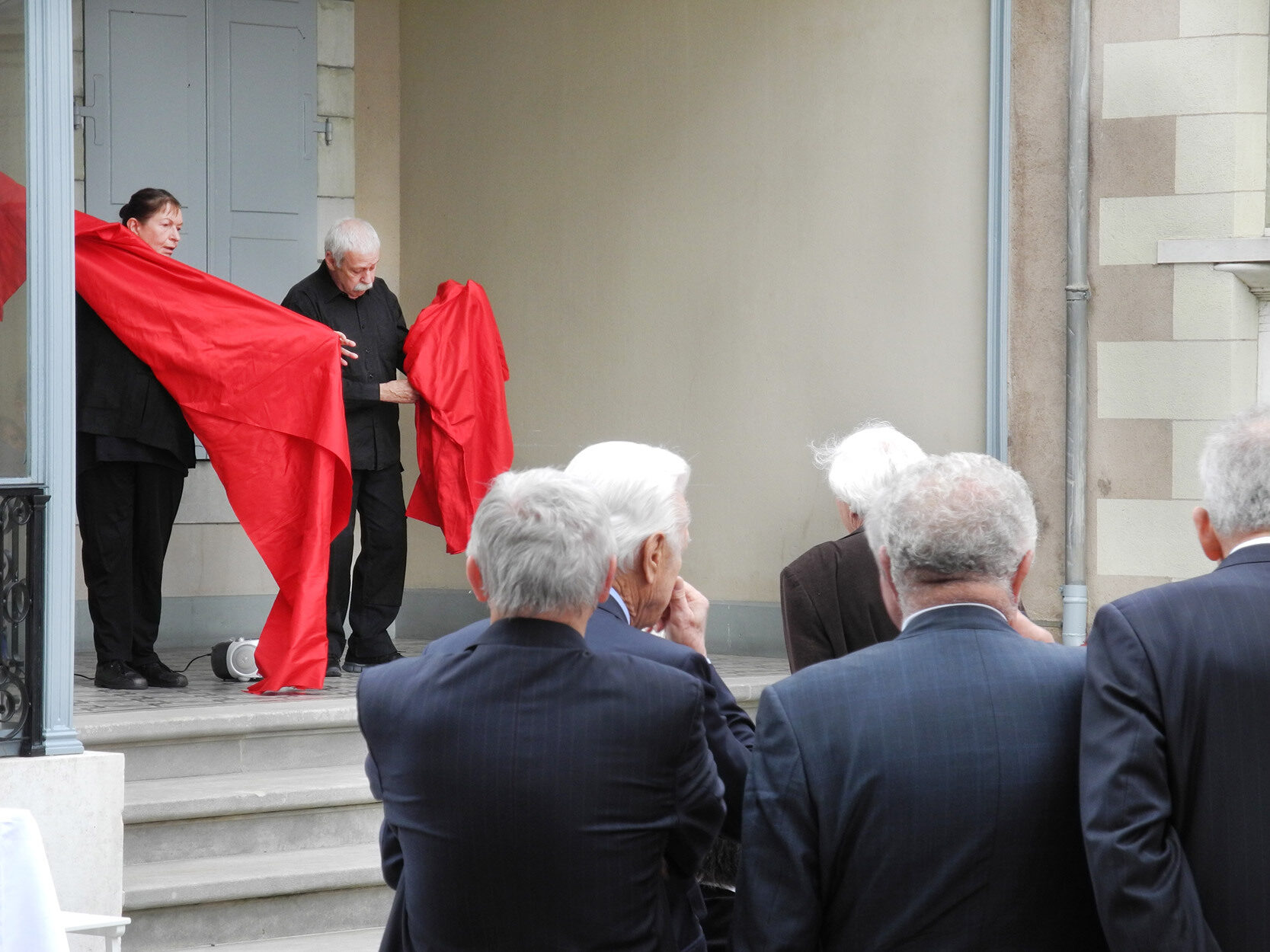 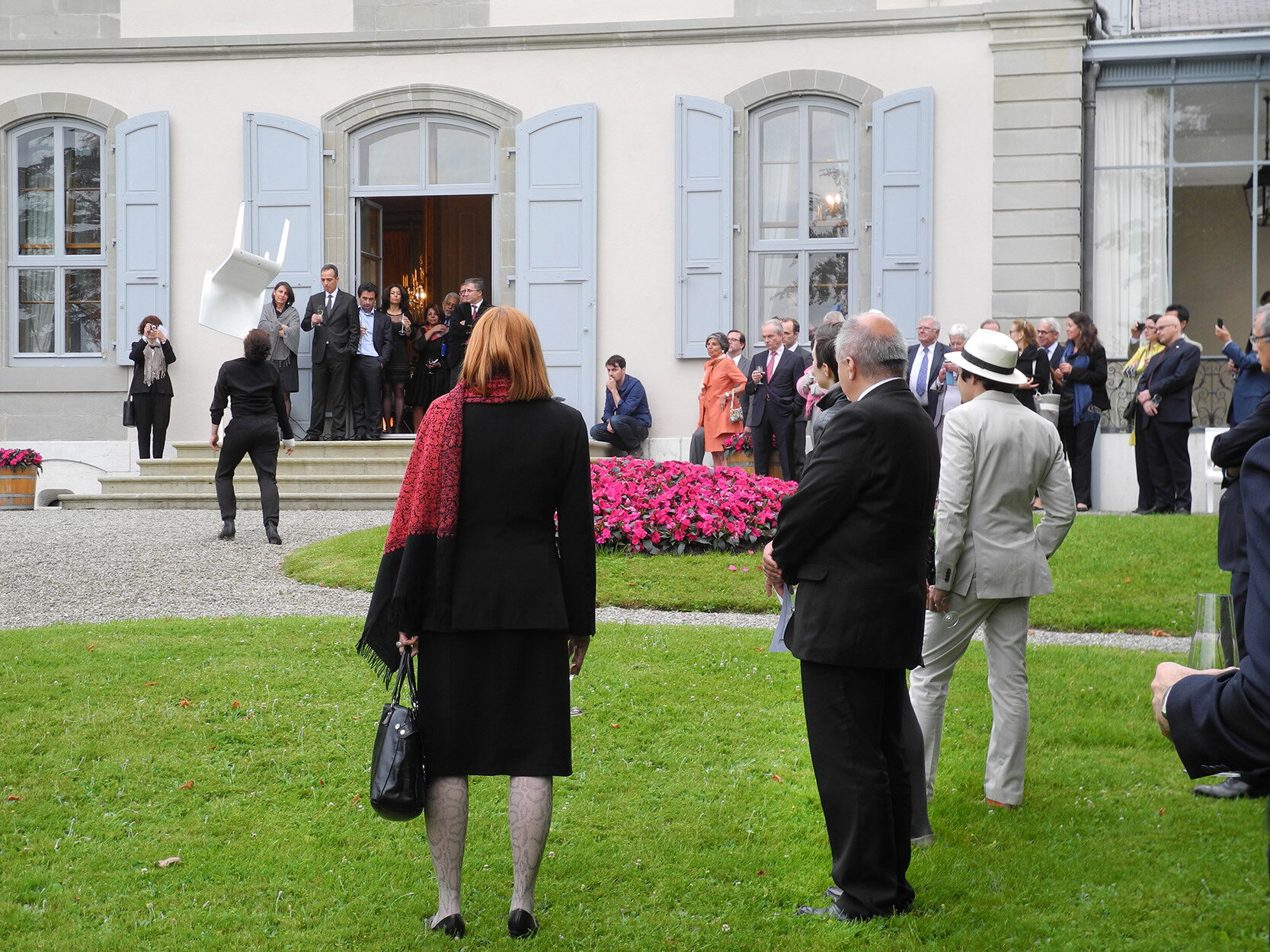 On 28. June 2013, the Swiss UN Ambassador in Geneva received the Club Diplomatique de Genève in his residence. He invited artasfoundation to organise a programme of performances for the occasion.

Two performances were presented, which – contrary to other practices in the context of diplomacy – did not focus on language but on body and physicality: the works were Feeling Red by Monika Günther and Ruedi Schill, and Ballet d′assises by Anne Rochat.

Both performances were presented to an attentive audience of around 80 people. This was followed by lively discussions between the artists and the audience, some of whom experienced performance art for the first time.