Since 2012, artasfoundation and the Henry Dunant Centre for Humanitarian Dialogue (HD Centre) have been jointly exploring the possibilities of the presence of art in conflict mediation processes. The HD Centre is an independent, private mediation organisation committed to the peaceful resolution of armed conflicts. It is supported by governments, private foundations and patrons and has become one of the most influential conflict mediation organisations in the world. As an impartial foundation, it provides facilitators and mediators between warring groups and supports the international mediator community.

Today, international conflicts are becoming increasingly complex. The deeper global interdependence, the growing influence of foreign or expatriate interest groups on local communities, creative flexibility in the connection between political and economic actors, the extended reach of criminal networks, new, influential technologies for mass media (mis)portrayals, growing demographic and ecological pressure: these are some of the dynamics that demand ongoing rethinking and a further development of mediation methods. One of its initiatives is to explore, together with artasfoundation, how art can support peace processes. 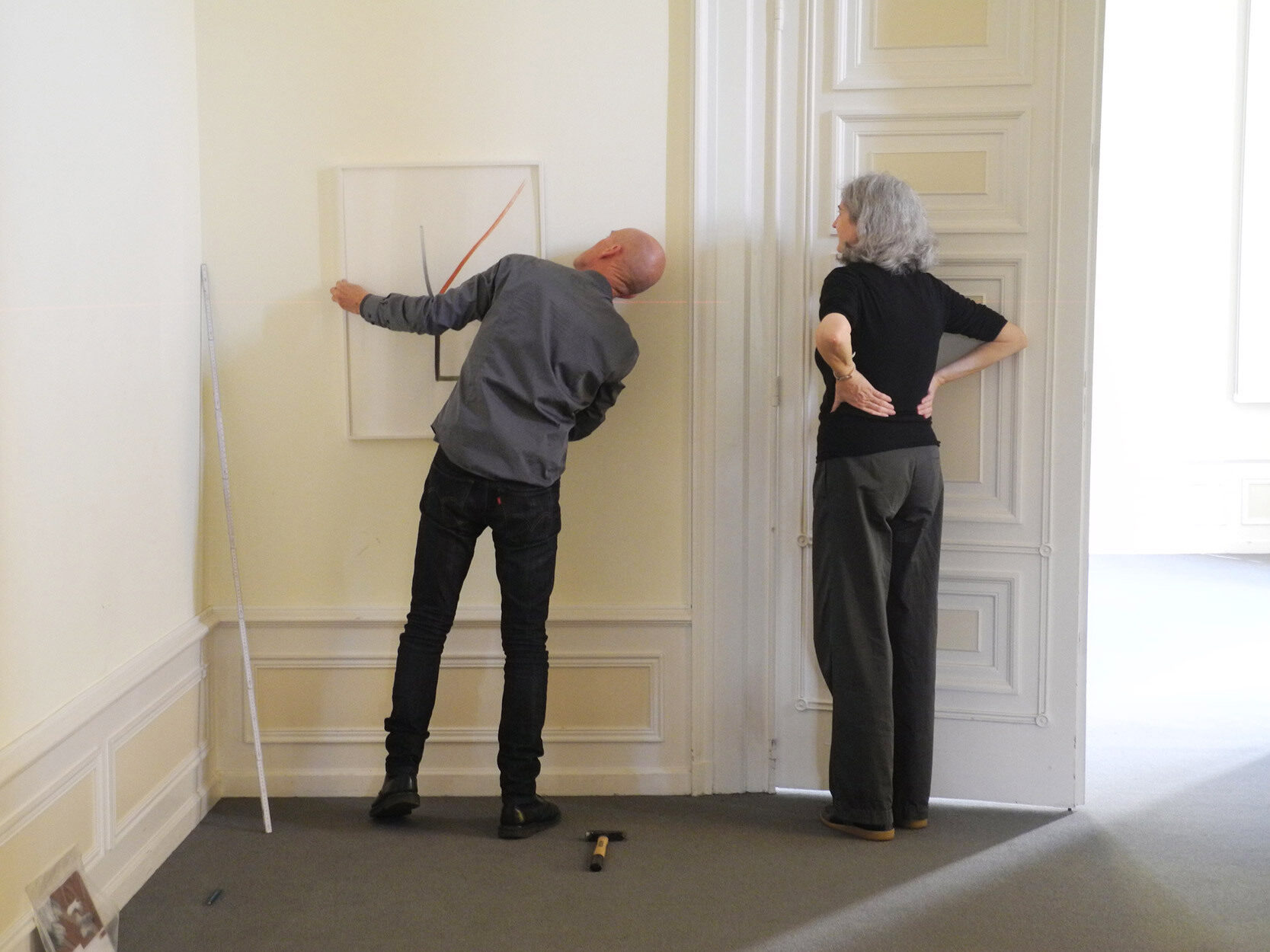 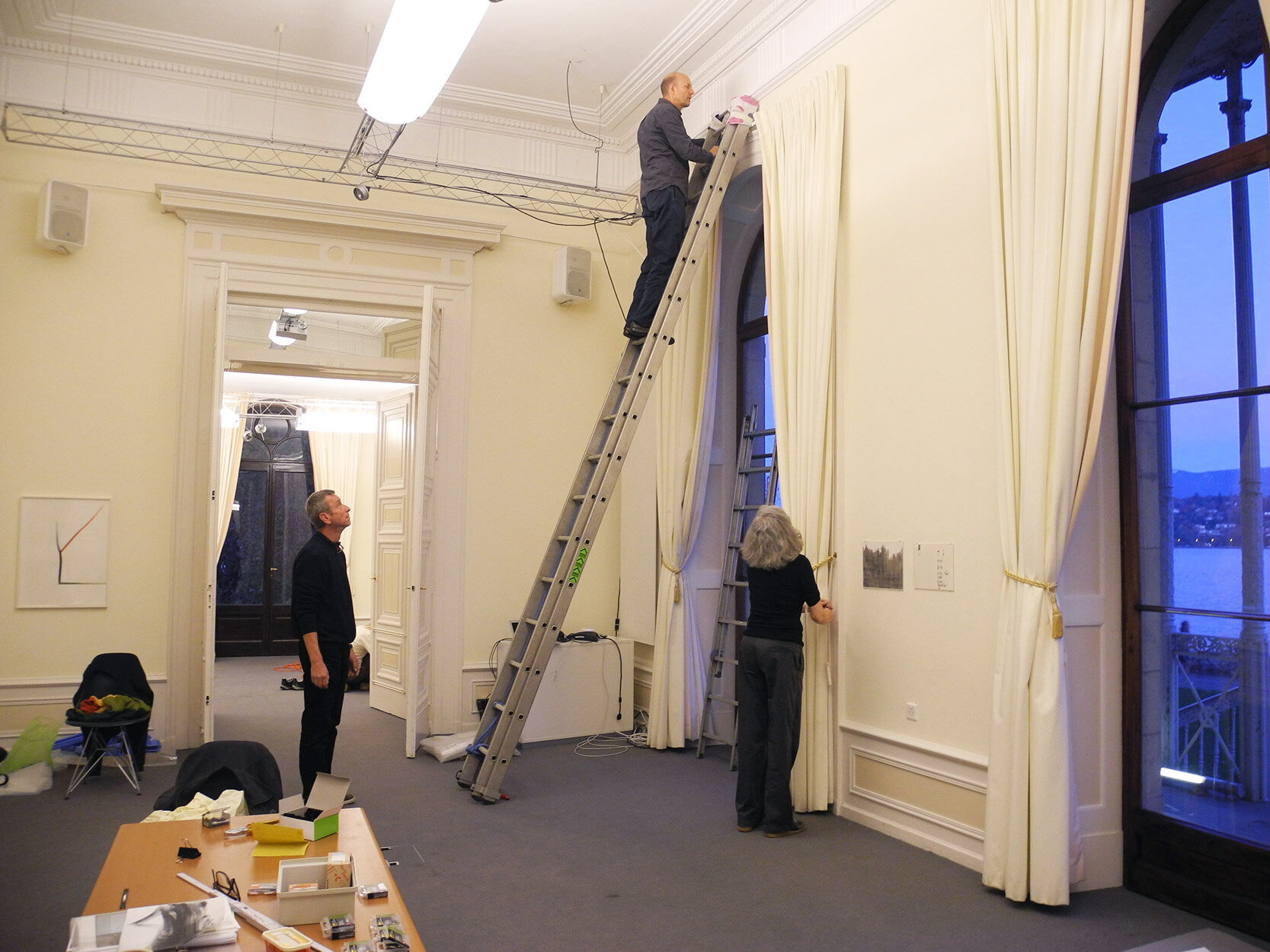 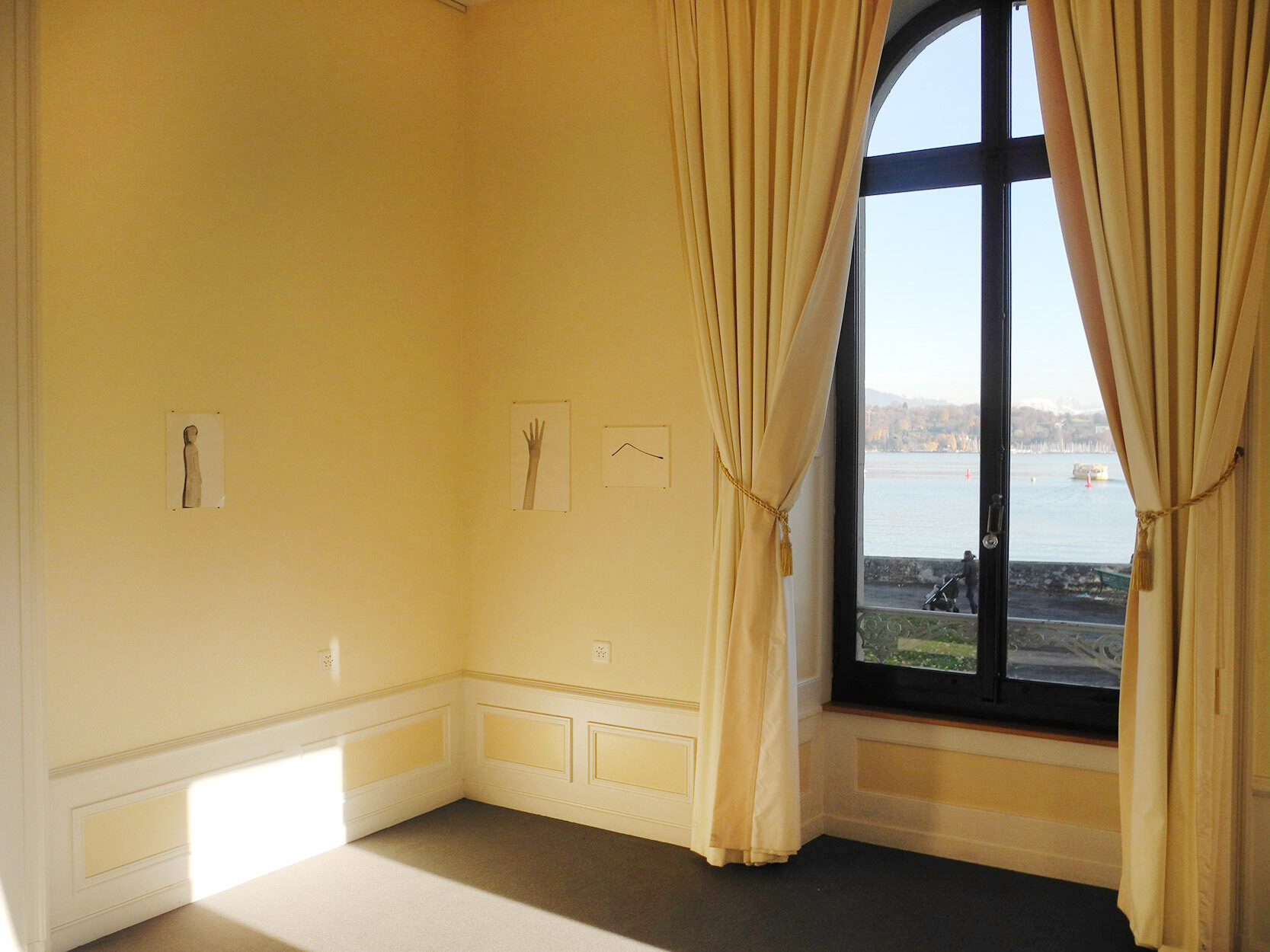 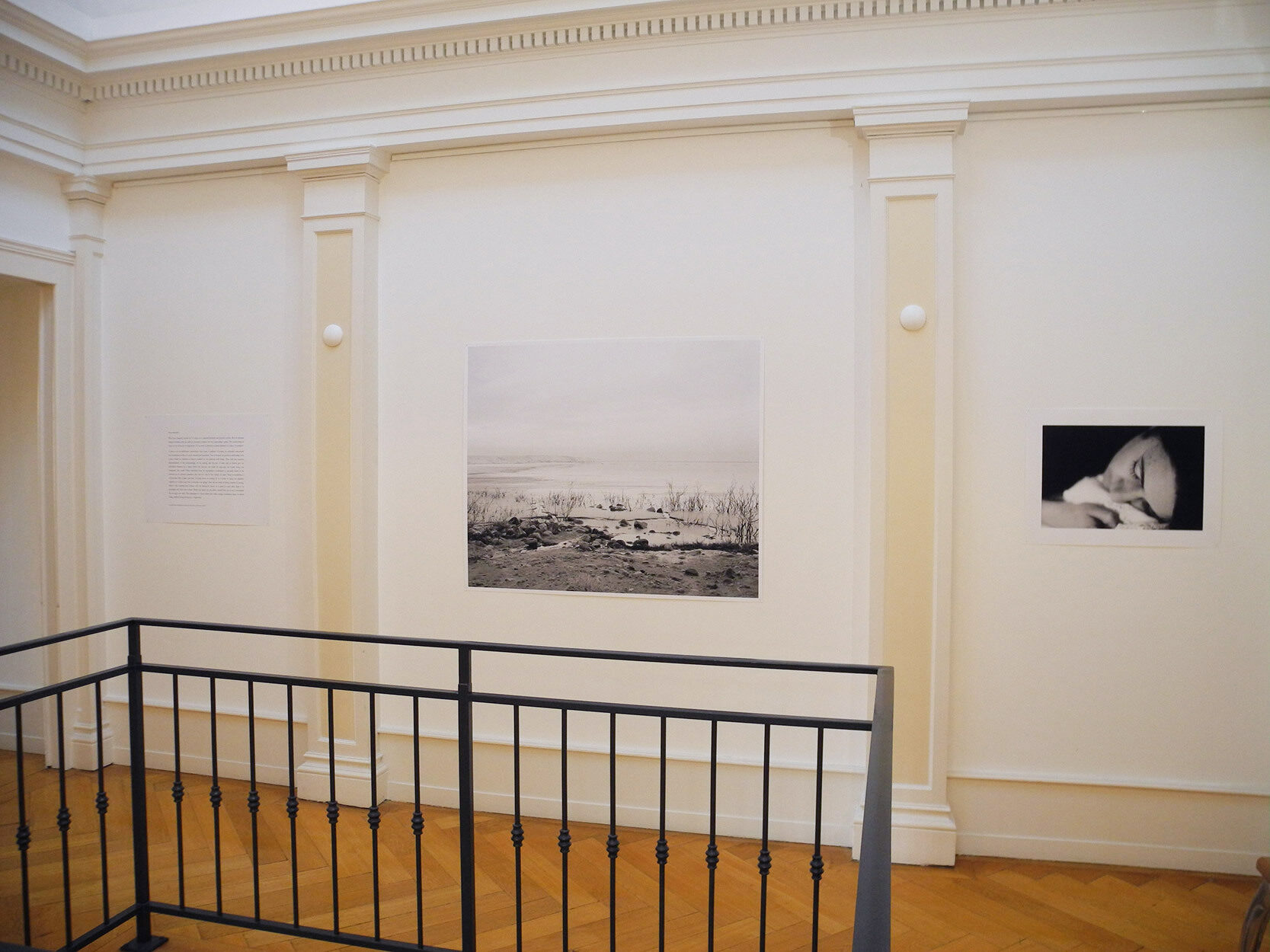 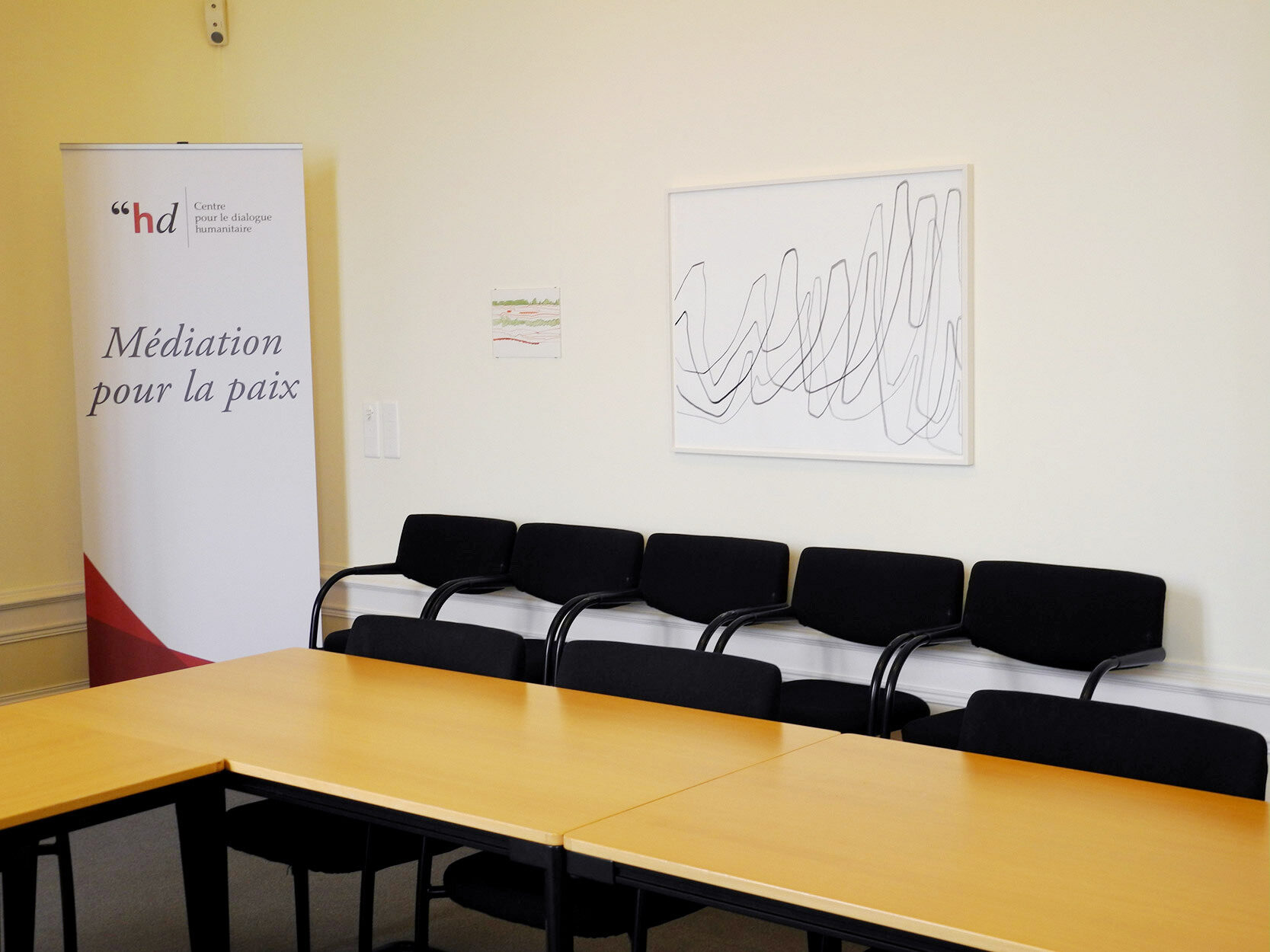 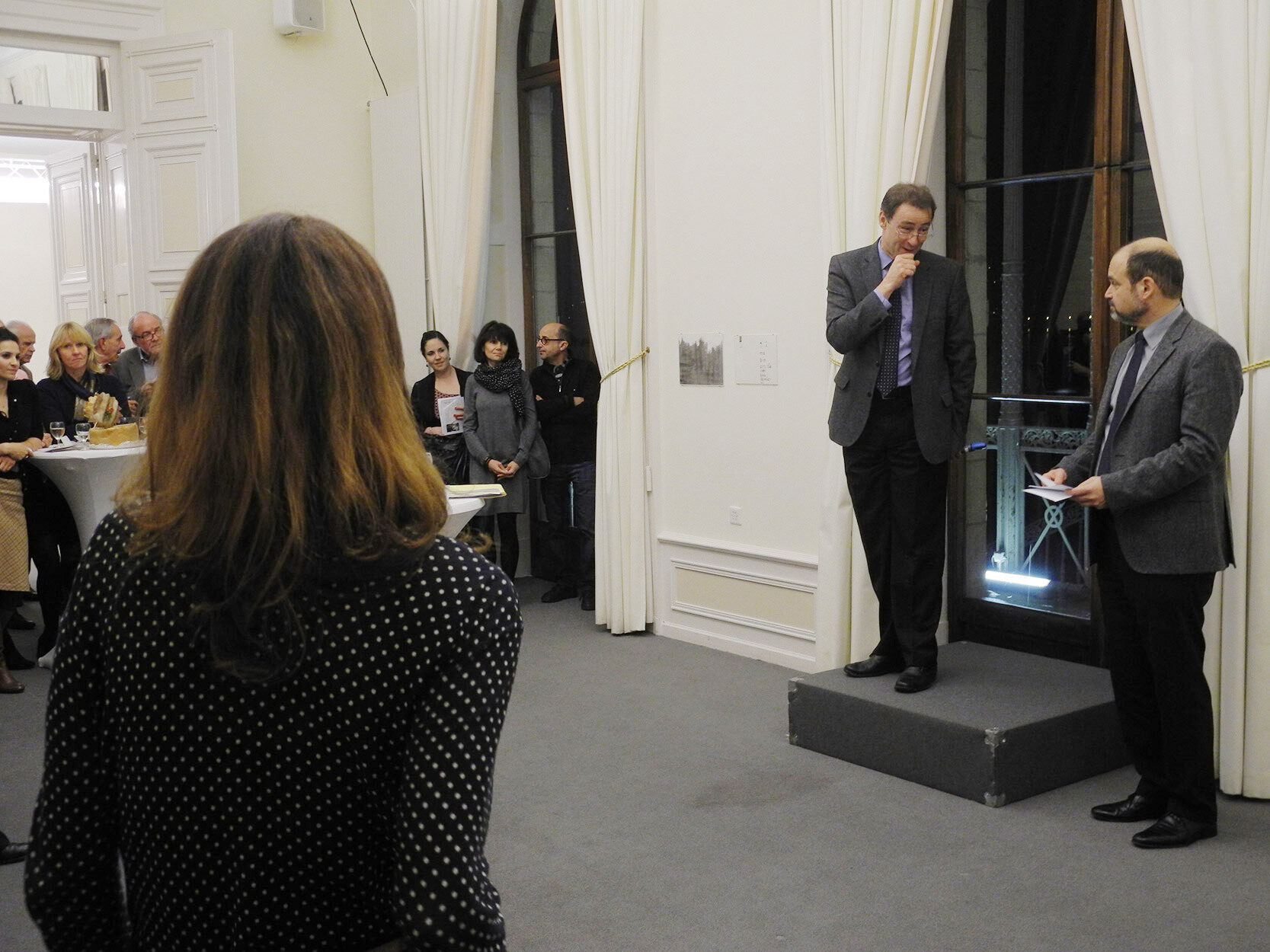 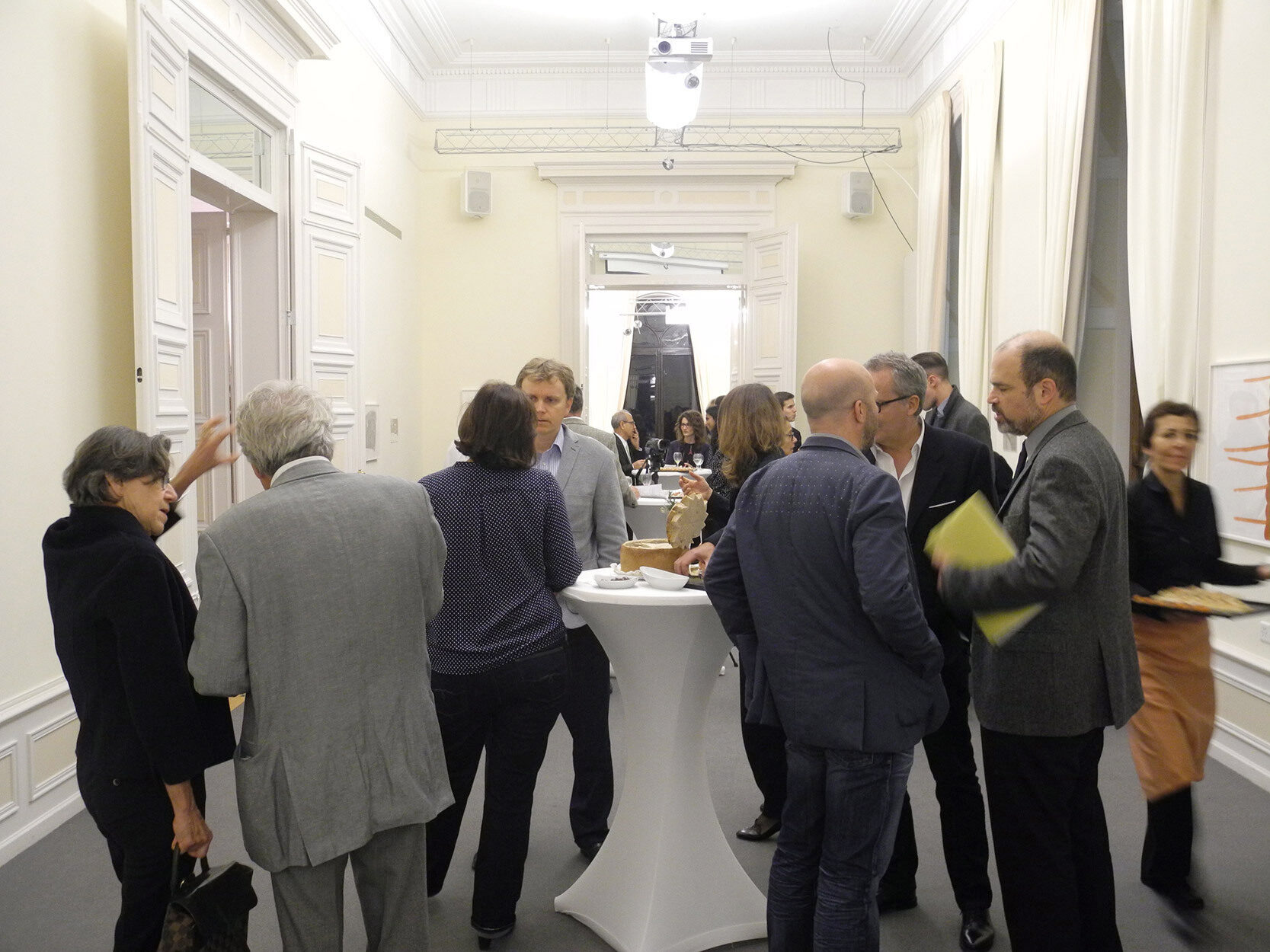 After the first cooperation between artasfoundation and the HD Centre in 2012, which had resulted in an exhibition at the Villa am Genfersee, the team of the HD Centre showed interest in a deeper insight into artistic working methods. Therefore the 2014 edition gave it an opportunity to find out more about the work of four visual artists, artasfoundation had invited. Their discussions with the employees of the HD Centre formed the basis for the artists’ project proposals and the choice of the works to be shown. Among these the HD Centre made a selection and invited the two artists, Silvia Bächli (Basel/Karlsruhe) and Lidwien van den Ven (Rotterdam/Berlin), to present their work in their premises.

Silvia Bächli showed several constellations of brush drawings and collages, often traces of memories that stimulate the mind into thinking differently. Lidwien van de Ven showed a series of large-format black-and-white photographs from the Middle East, in which she contrasted well-known media images with alternative perspectives.

The exhibition opened to the public on 20. November 2014 in the presence of the Mayor of Geneva, Sami Kanaan. 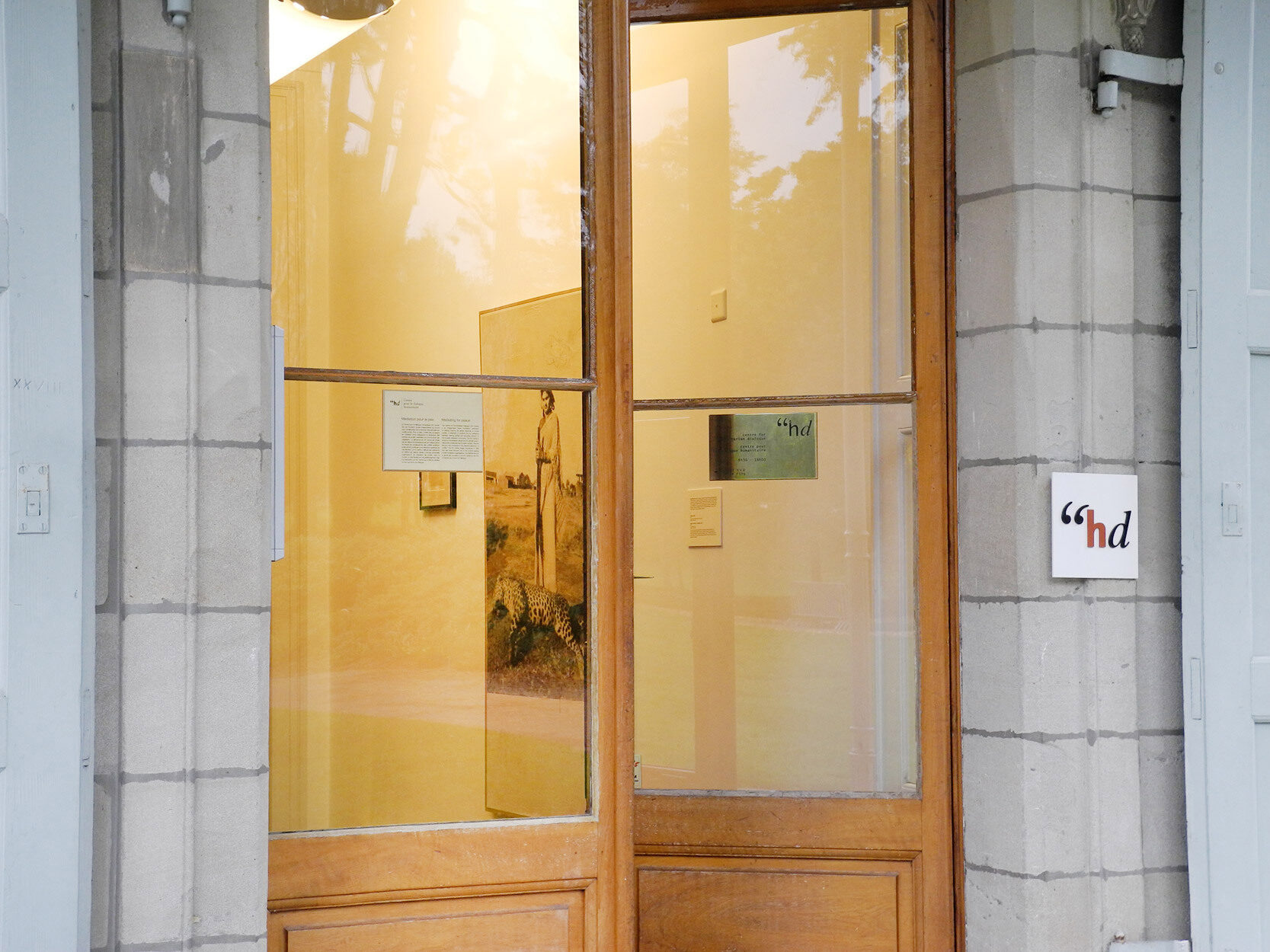 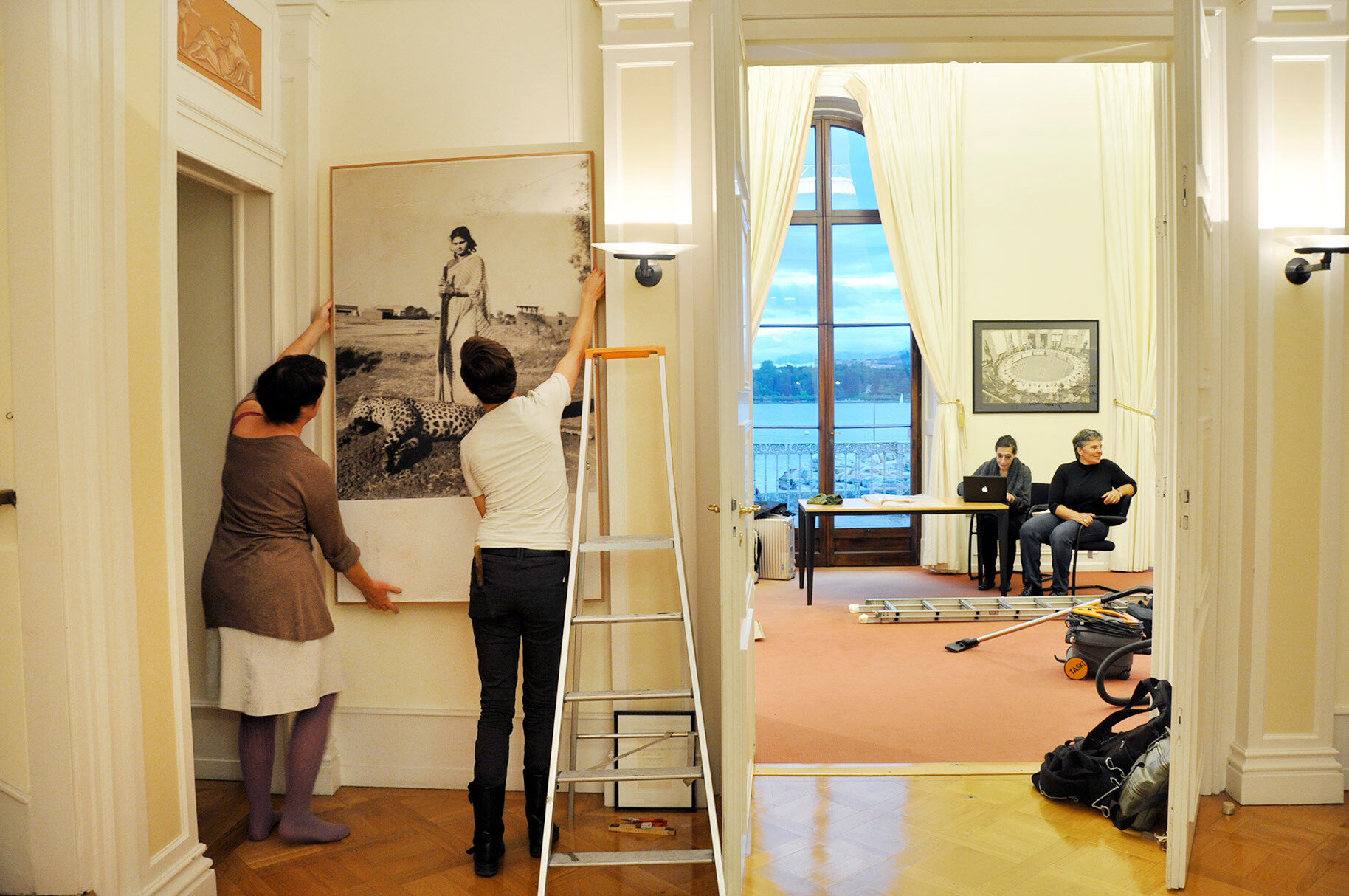 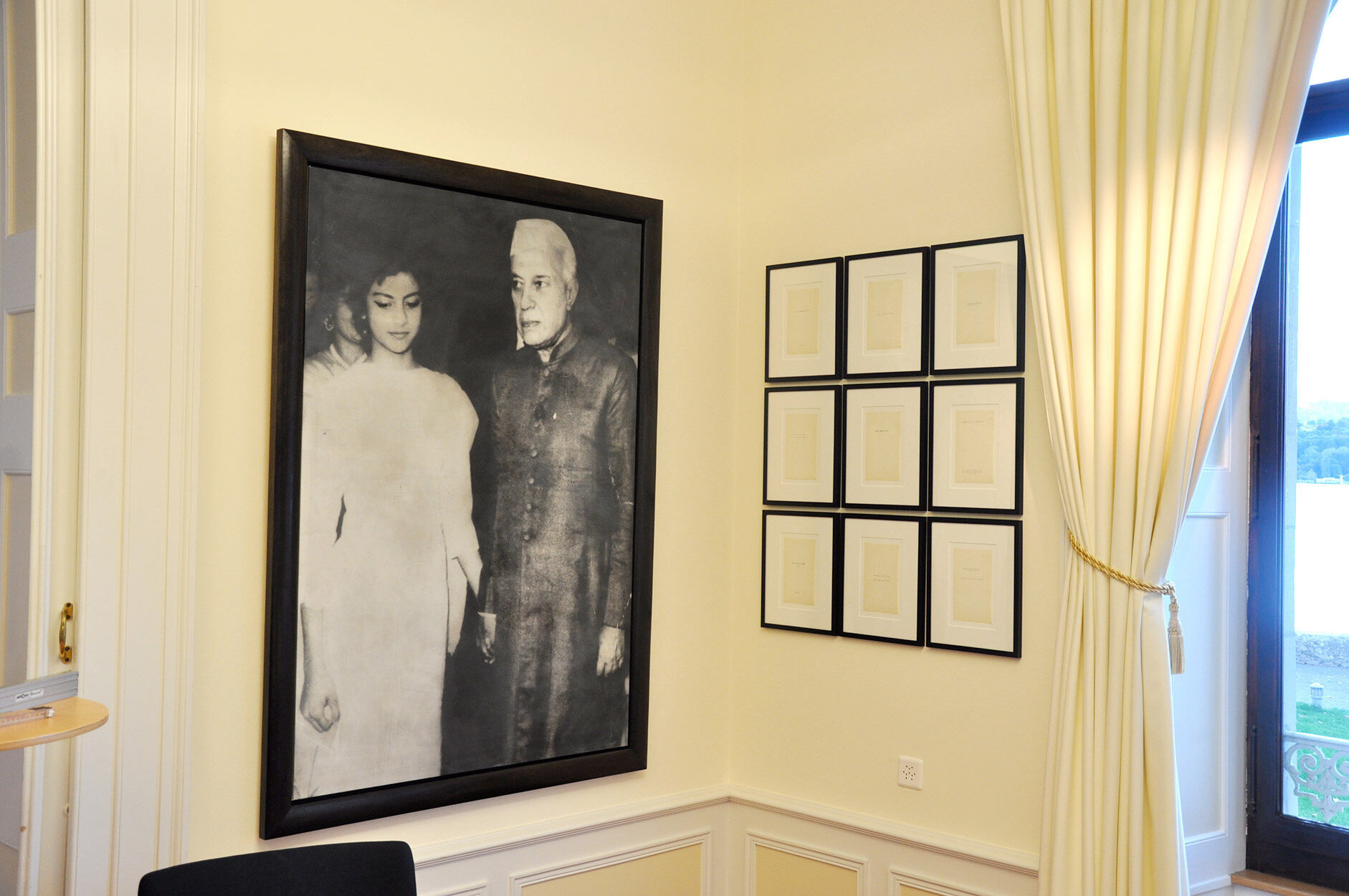 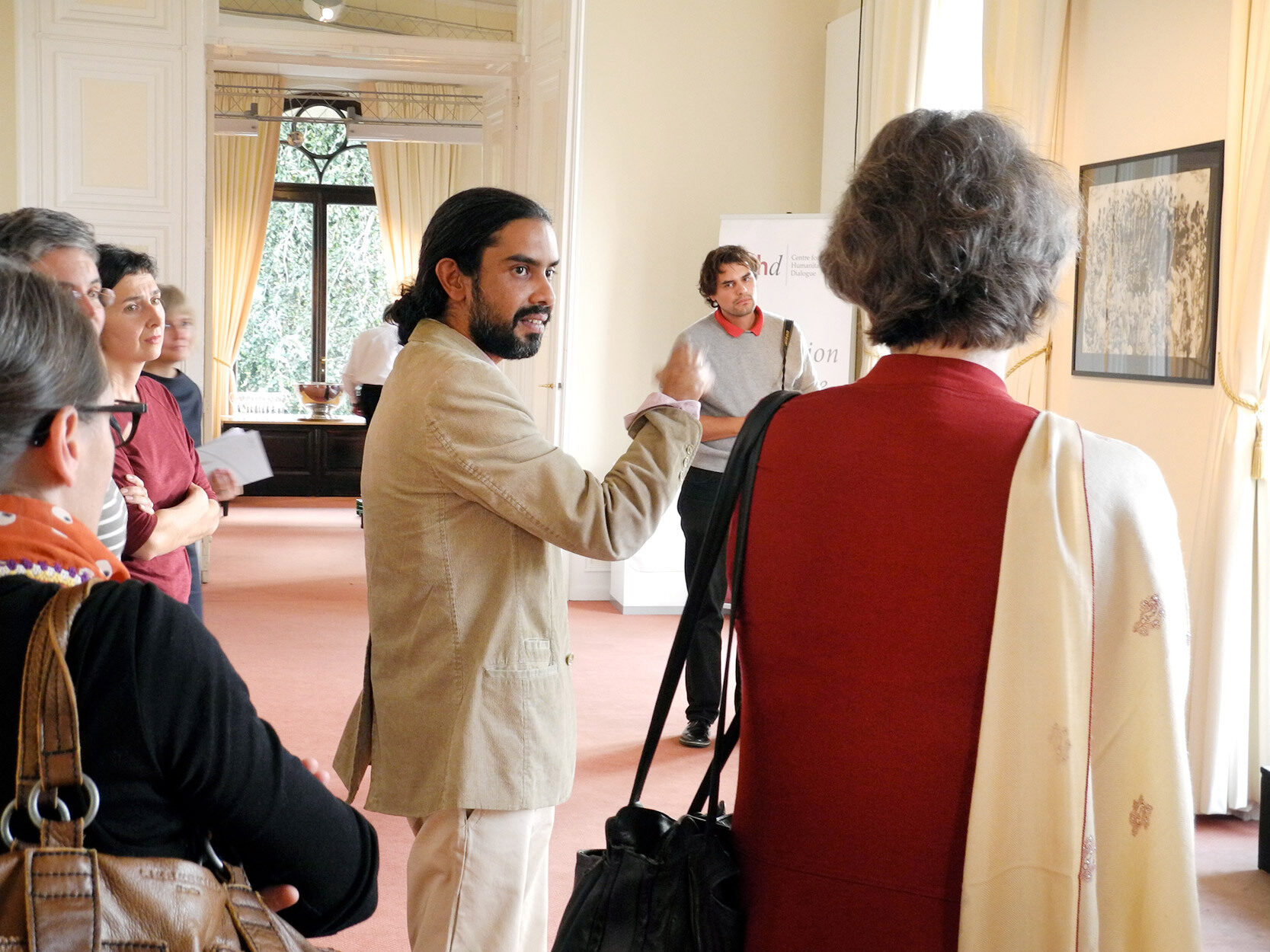 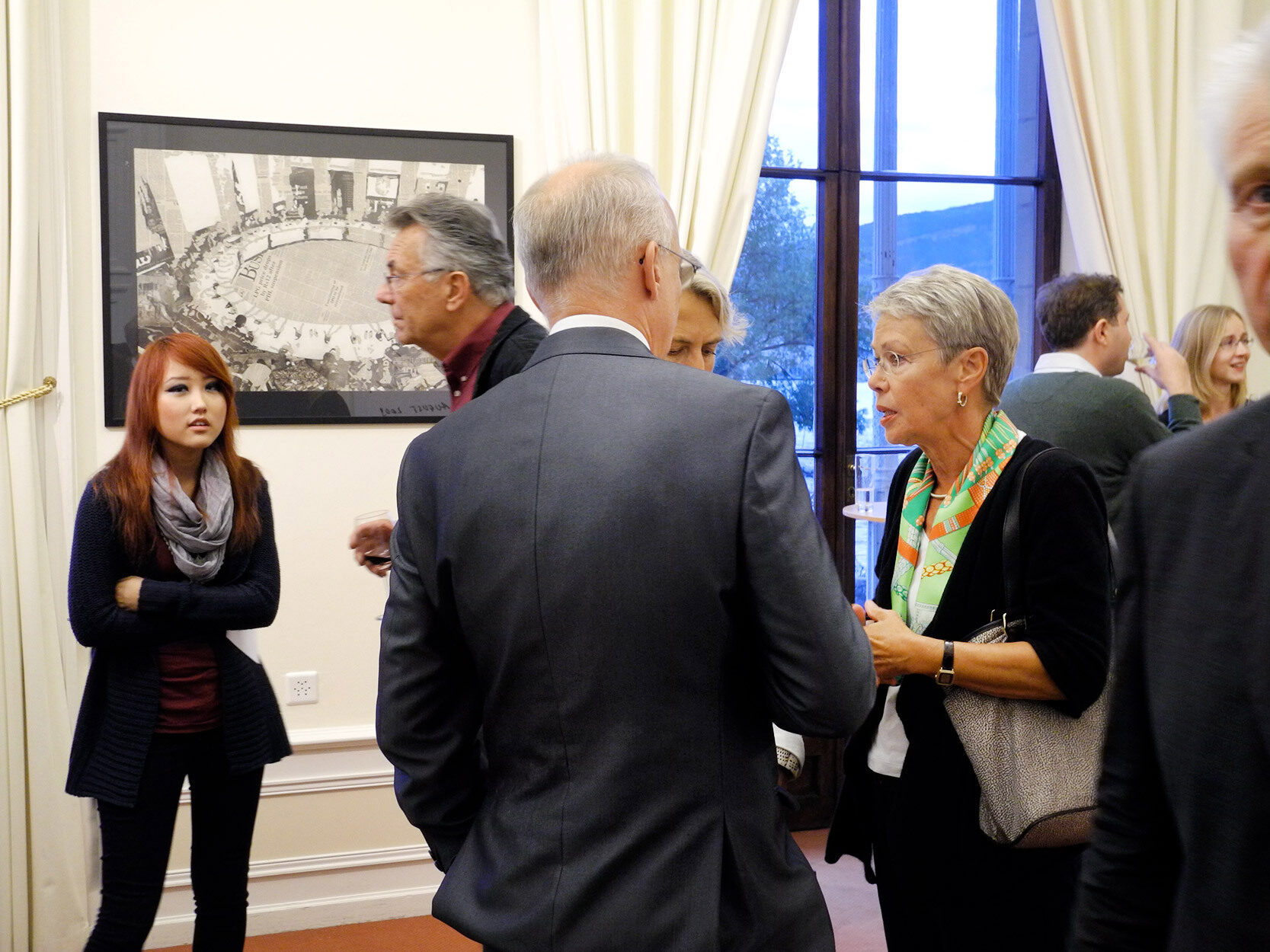 In 2012, artasfoundation installed art for the first time in the three conference rooms of the HD Centre in Geneva. Series of works by Beatrice Minda (Berlin),  Ayaz Jokhio (Lahore) and Hajra Waheed (Montreal) were shown. In the selection of the works not only artistic quality, but also cultural sensibilities of negotiating delegations who regularly used the Villa Plantamour premises were considered. Thus, the selection was carried out in close collaboration with the curators of artasfoundation, with Catherine David, who could be won for this project, Dagmar Reichert, and the team of the HD Centre.

The exhibition opened on 10. October 2012. The works remained in the meeting rooms until the end of April 2013. The initial reaction to the presence of artistic works in the conference rooms was positive: they provided a point of contact for discussions and supported the creation of a constructive atmosphere. Still, it remained difficult to say to what extent the complexity of artistic works present in settings for negotiations can counteract possible tendencies of adversaries towards making simple categorisations. In addition to the effect the works had on the atmosphere for discussions, the opportunity to make the HD Centre accessible to a wider audience through the occasion of the exhibition’s vernissage proved to be particularly valuable.